Prague via Dresden with Contiki

Leaving Berlin was a tough one – I could have happily spent another few days exploring the city and eating pretzels – but luckily our next stop was another much raved-about city, Prague. The up-and-coming venue of choice for a lot of British stag do’s, I was excited to get somewhere more affordable that also looked pretty darn beautiful.

Before leaving Berlin, we paid our respects at the Soviet War Memorial. 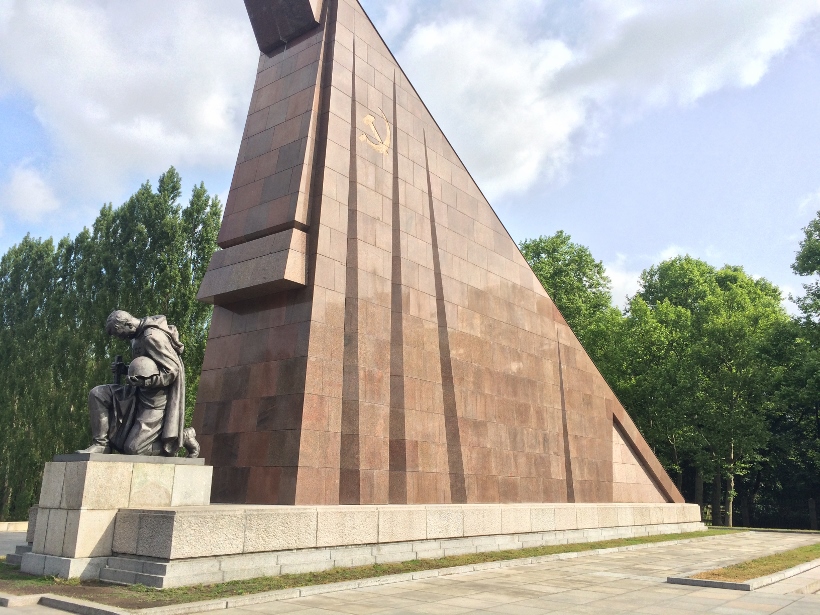 Rather than our usual service station break, we took a rather special – and way more picturesque – lunch stop in the city of Dresden. 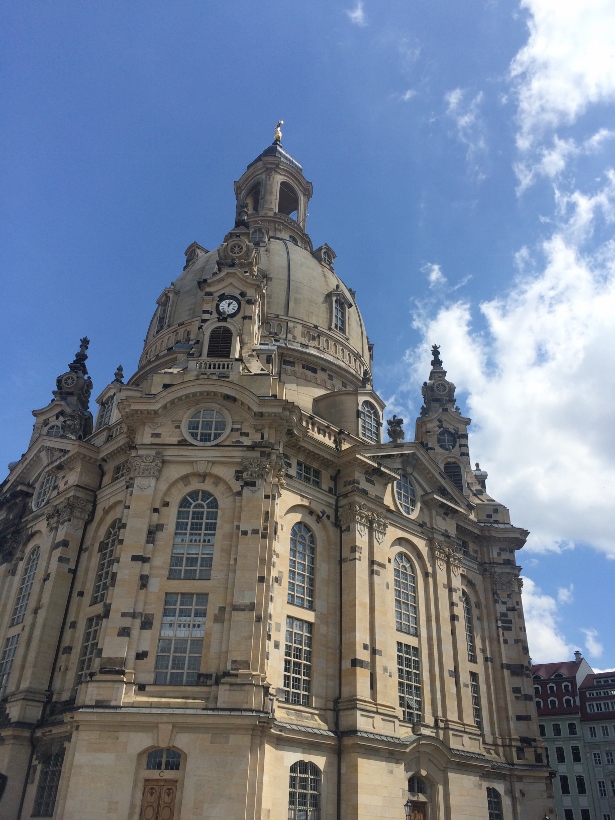 Our trip manager Tony explained that Dresden was completely gutted by Allied bombings in World War II – controversially, as many civilians had taken refuge there and there were few military targets. Walking around the beautiful town, you never would have guessed that it had been completely rebuilt in the last fifty years. The architecture was so beautiful and I even got chatting to a few fellow Brits whilst exploring. 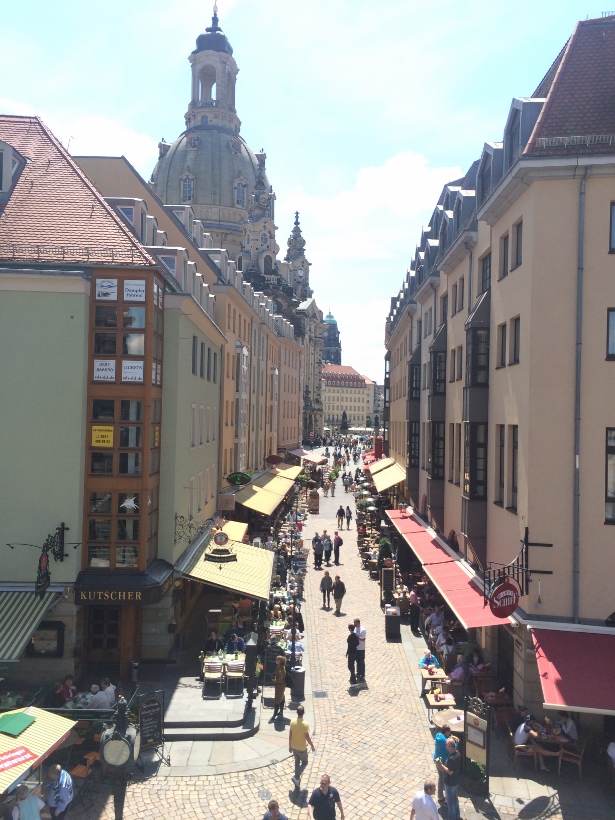 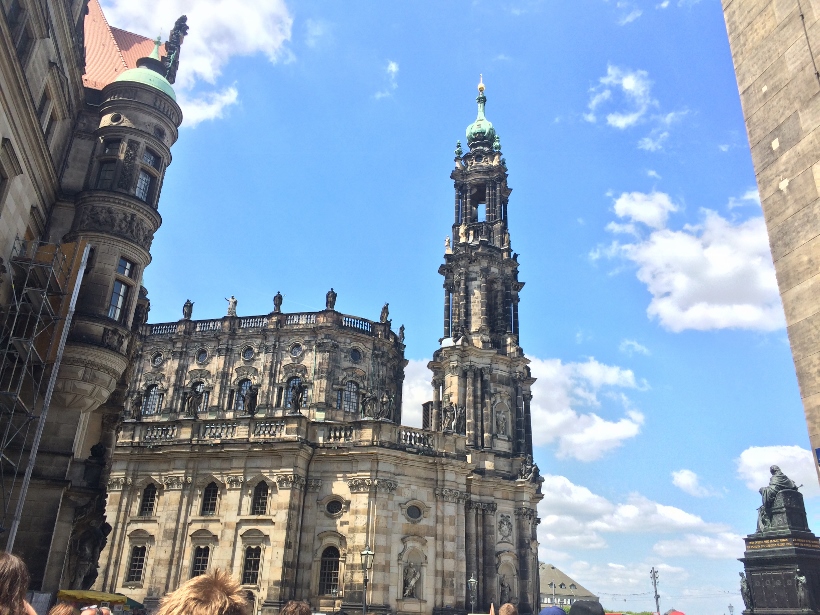 On arriving in Prague, we were given a walking tour of the city by Tony that started with some pretty stunning views. 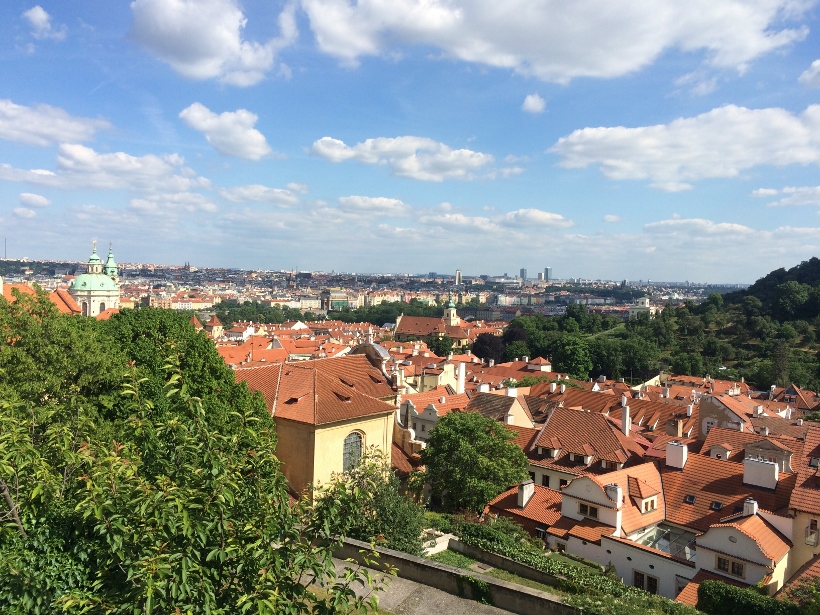 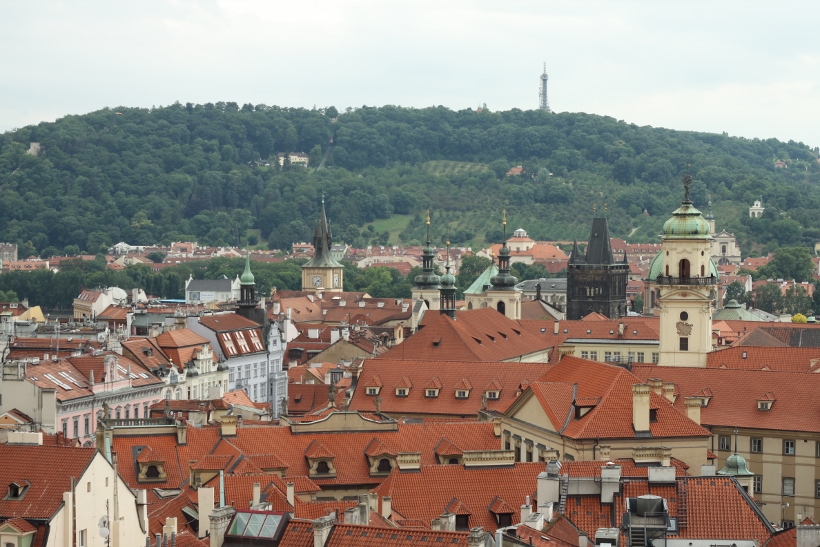 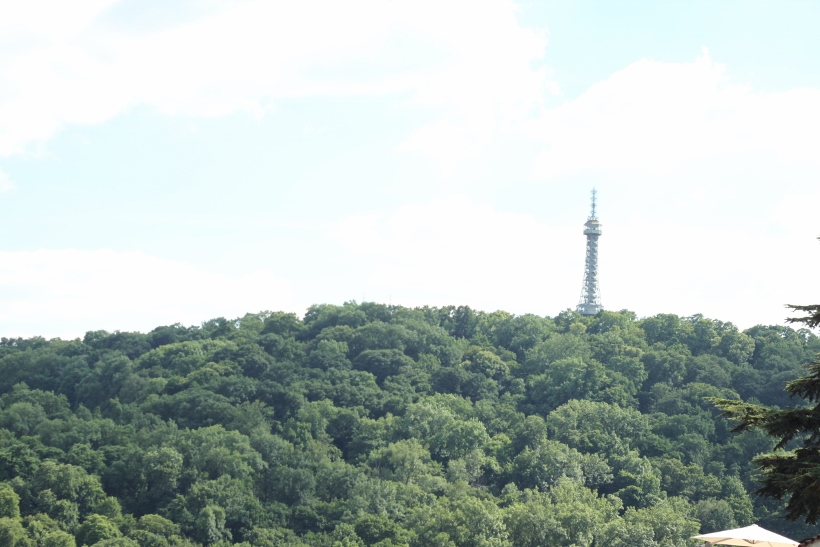 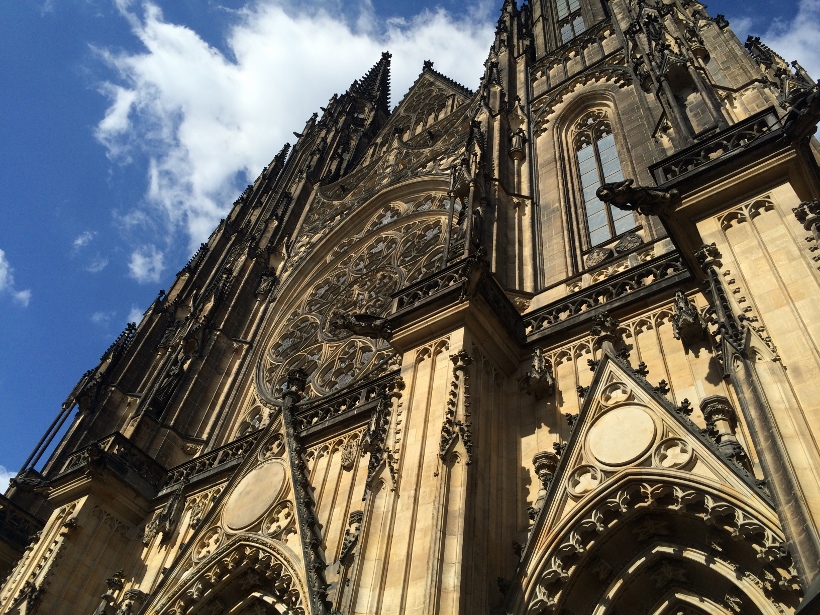 We gazed up at St. Vitus Cathedral and giggled at the peeing men statues by David Černý. 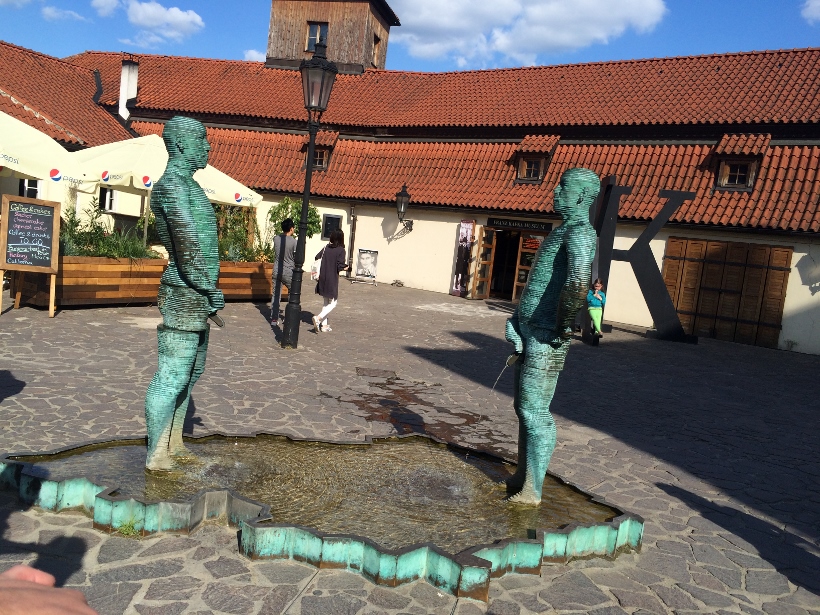 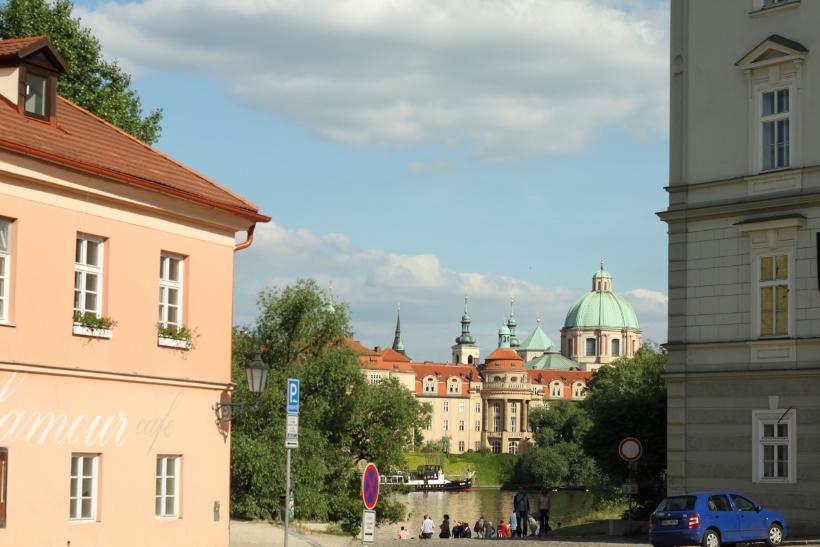 We also saw the famous Lennon Wall before taking a stroll over Charles Bridge. 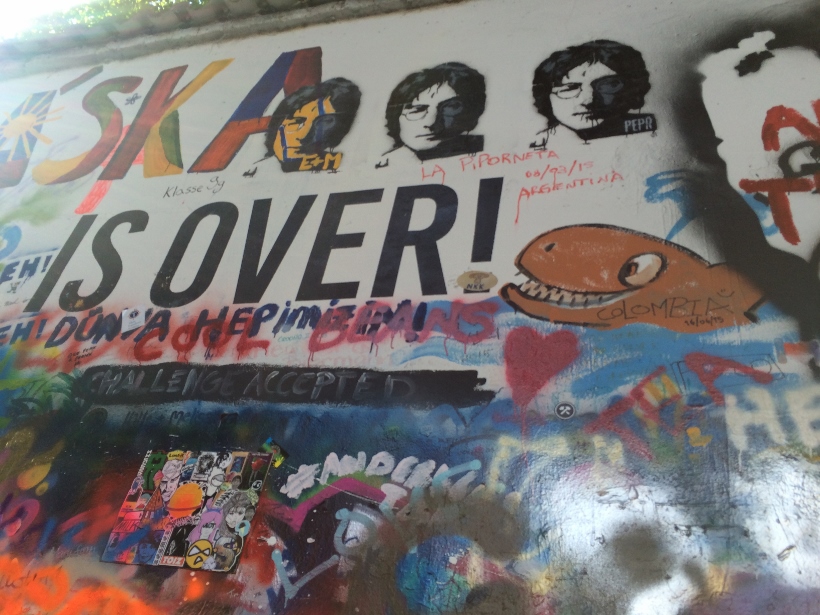 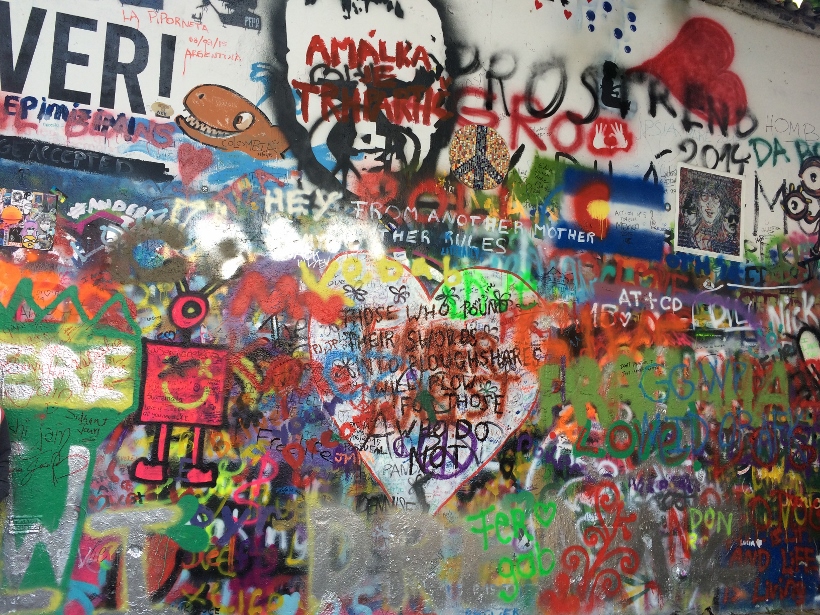 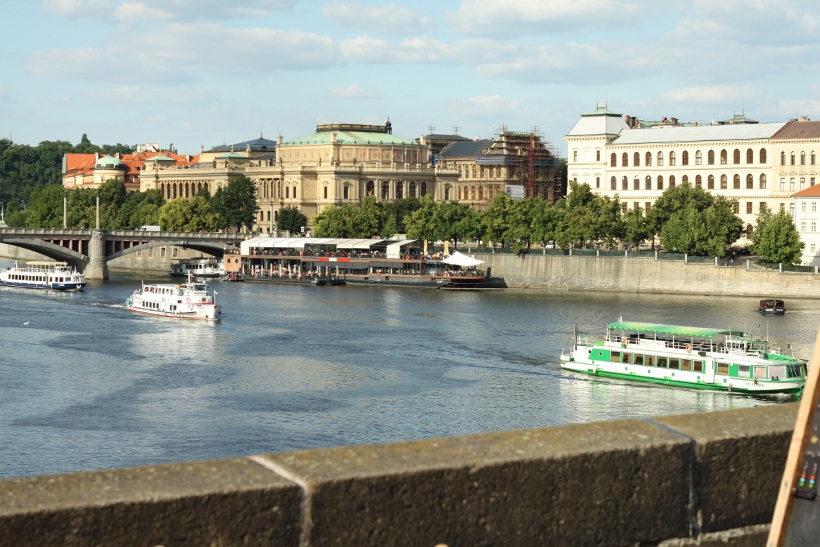 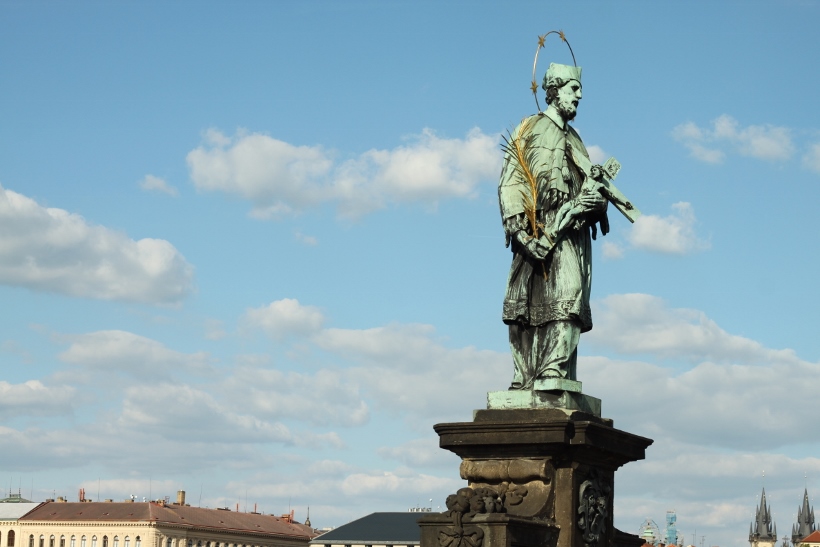 It’s said that you can make a wish on this cross and it will come true within a year and a day. 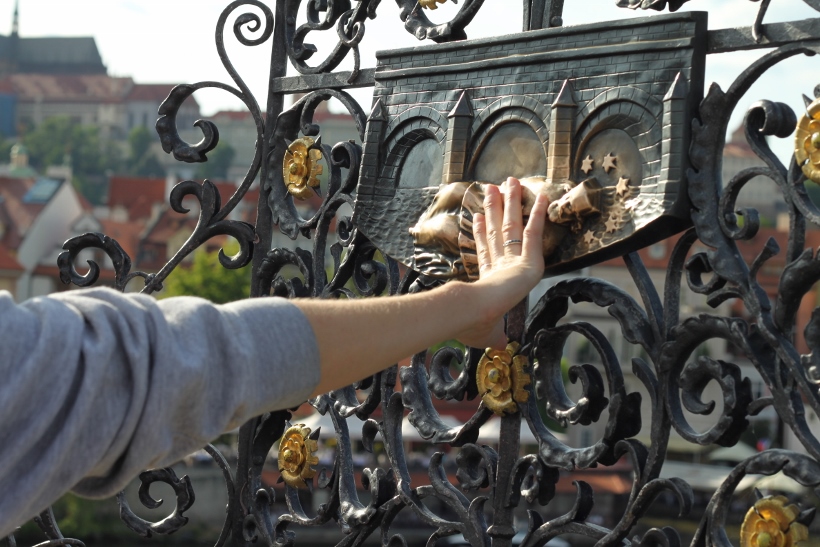 From here, we walked into the Old Town where we split up for some dinner. 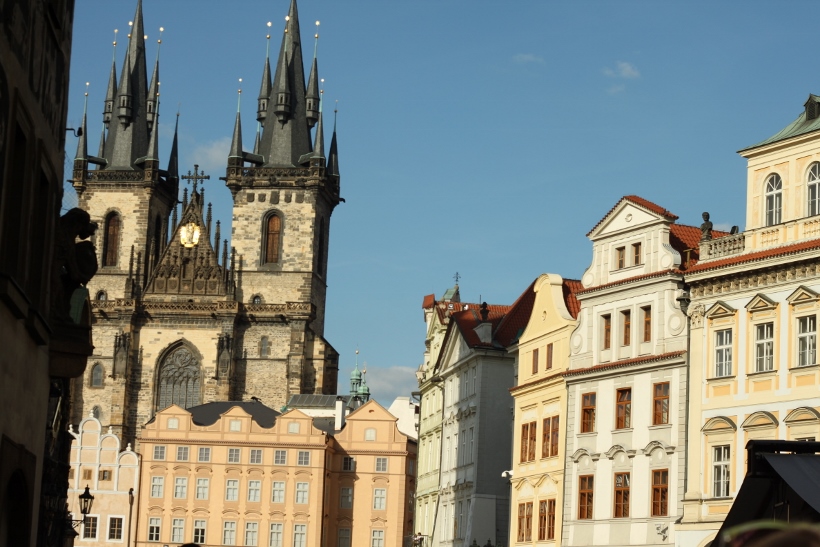 We went decidedly un-Czech with our food choice and stopped at a Mexican restaurant! The sweetest Venezuelan waiter talked us into some heavily tequila laced cocktails that I’m blaming completely for the slippery drunken slope that the evening took. 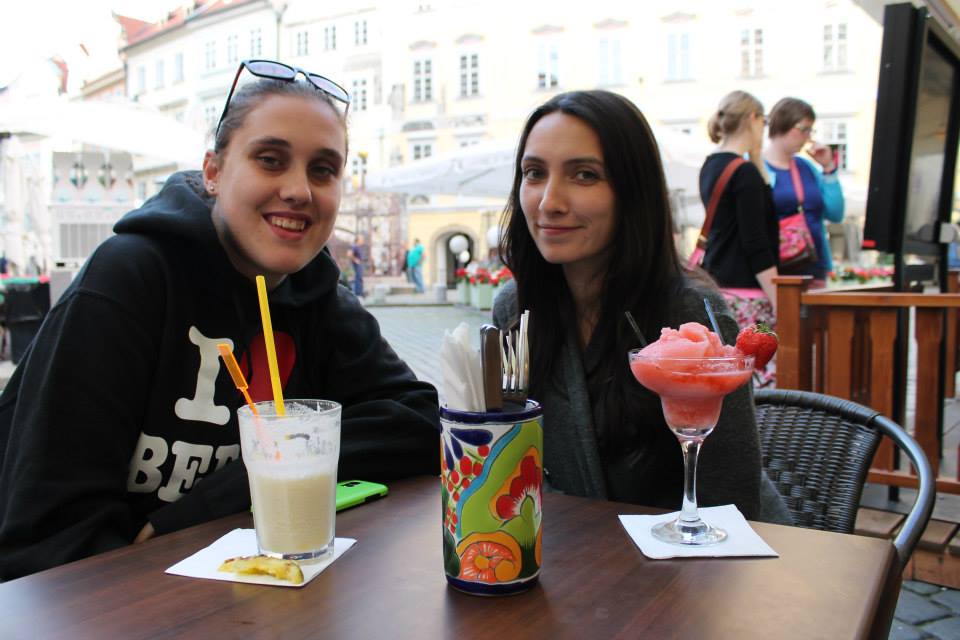 After a pit stop at our swanky hostel to change, the group went out to Zlaty Strom (Golden Tree), a surprisingly big club with a few different sections and pretty cheap drinks. At 79 Koruna for a G&T – just over £2 – and our awesome coach driver Darius having his first night off, it’s little surprise that my memory of the night is a little hazy. Although I’ve been told that I was practically unintelligible when my accent ‘scoused up’ a few notches! 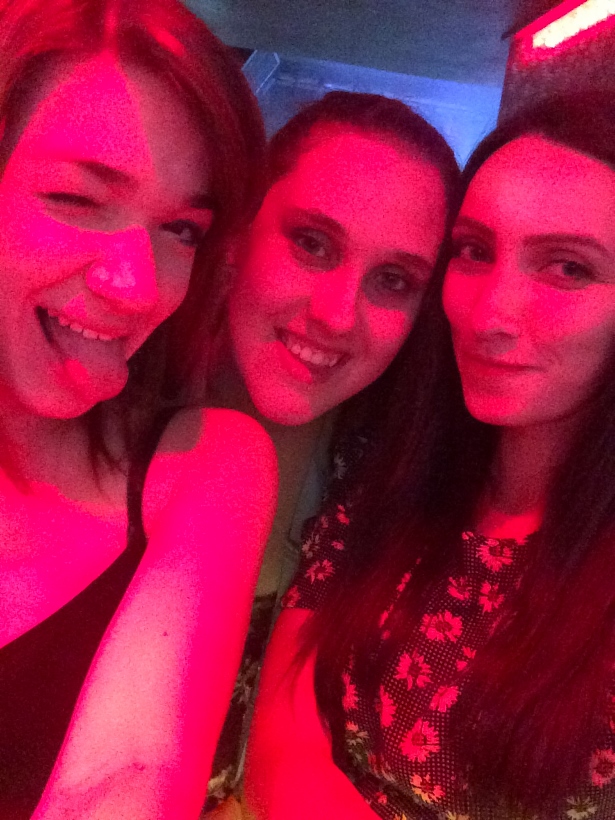 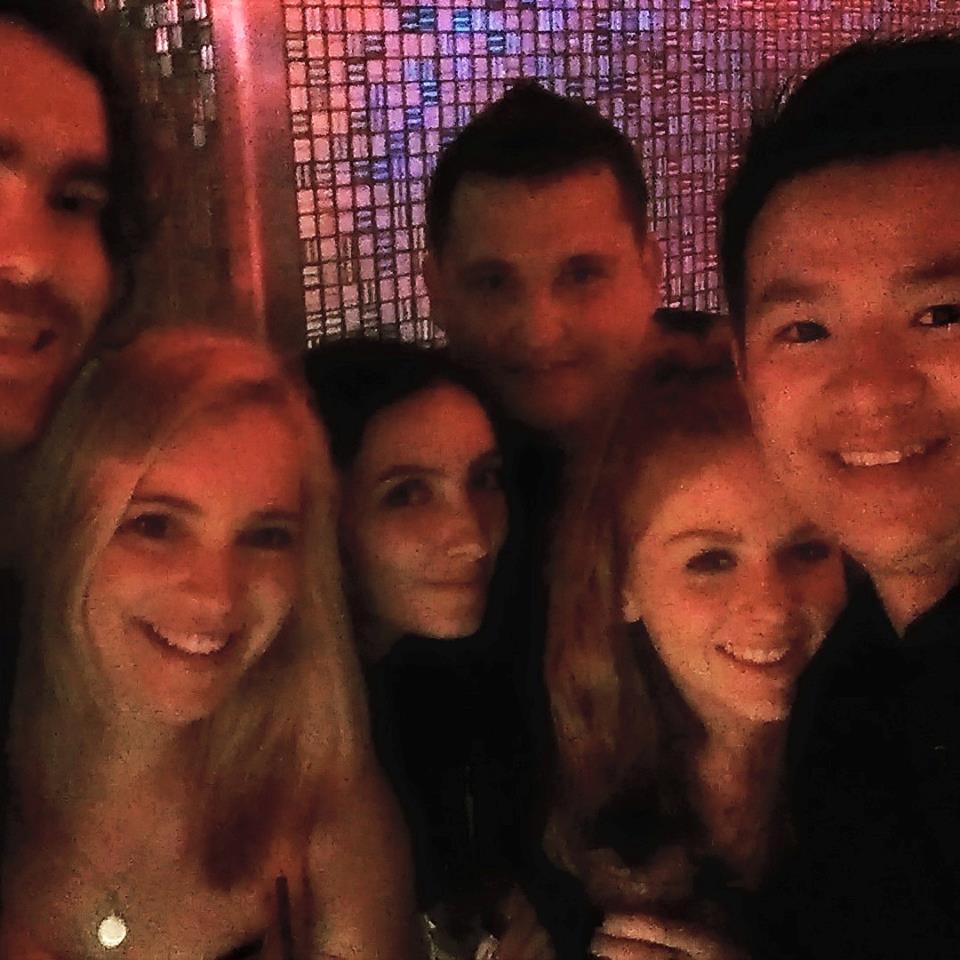 Bet you can’t wait to hear how I was feeling the next morning…
Laura x
July 11, 2015
3
Berlin with Contiki Prague with Contiki