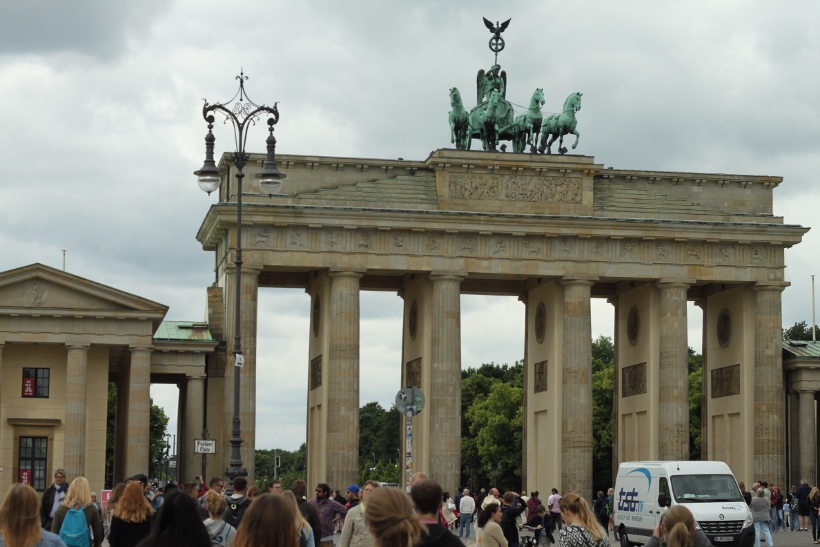 On our hugely varied eighteen day itinerary, Berlin was one of the cities that I was most excited to explore with Contiki. I’m completely fascinated by the Third Reich era, having studied a lot of German history at GCSE and A Level, so couldn’t wait to find out more about Germany during the Cold War. Our first Contiki optional in Berlin was a walking tour of the city which was, for me, the most interesting out of them all. And as a nice bonus, our guide had a fantastic Irish accent! 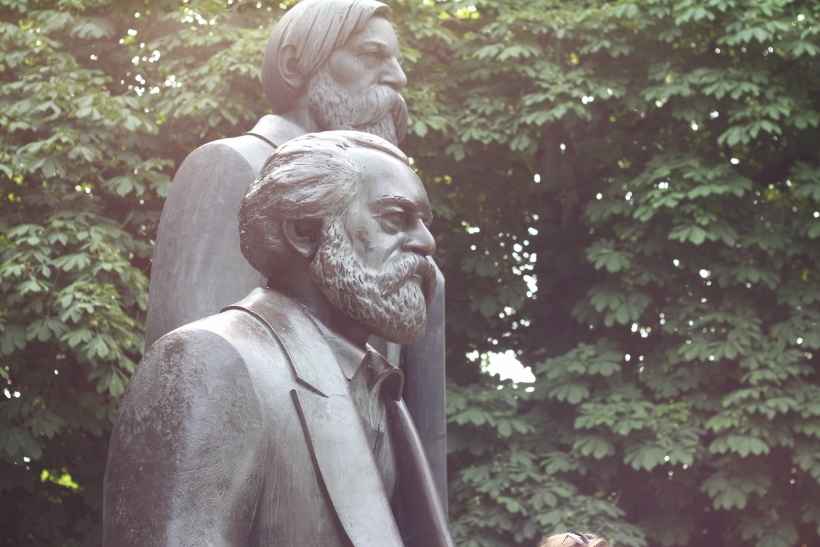 We met at the statues of Marx and Engels and passed the Reichstag (German parliament), Museum Island and Berlin Cathedral before taking a stop at the university. 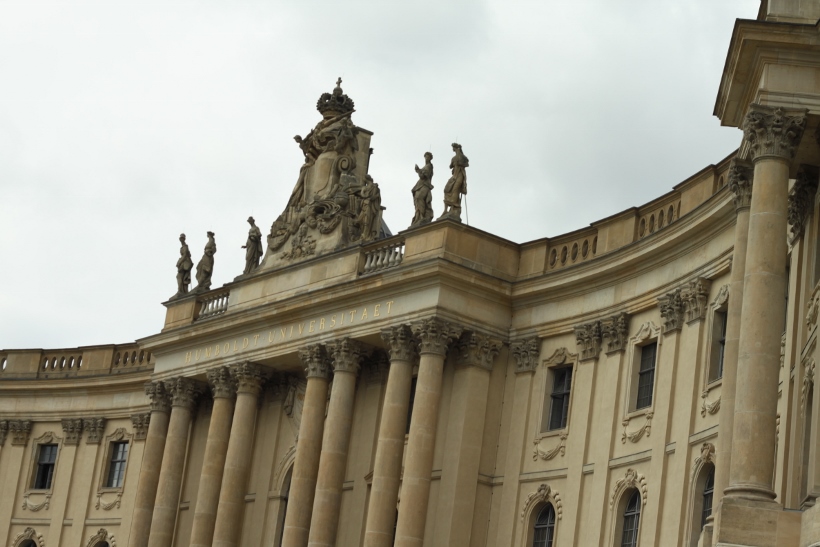 It was in front of this building where the biggest of the book burnings took place in 1933. Over 25,000 books that were proclaimed ‘Un-German’ – either because of their content or their author – were burned here. Today, an exhibition of empty bookshelves exists in memory of the censorship. 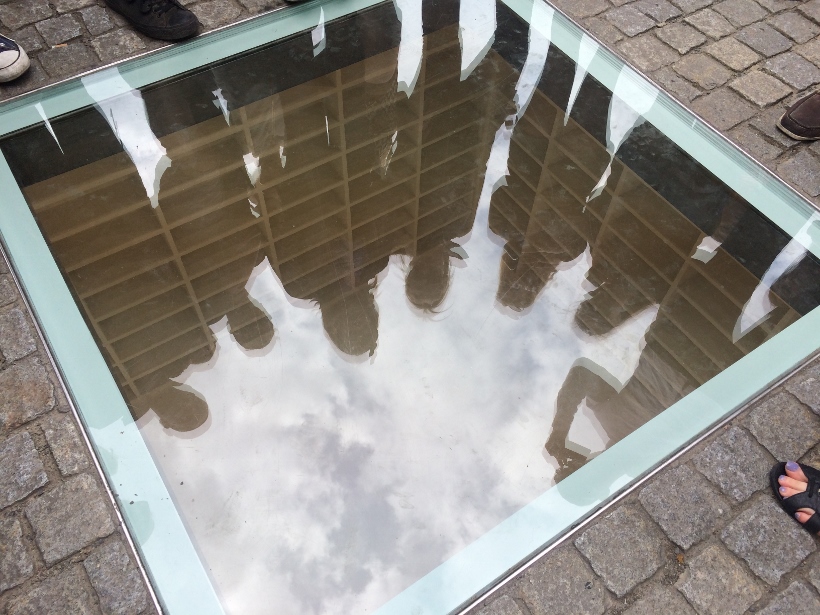 From here, we made our way to the Brandenburg Gate, one of Berlin’s most famous landmarks… 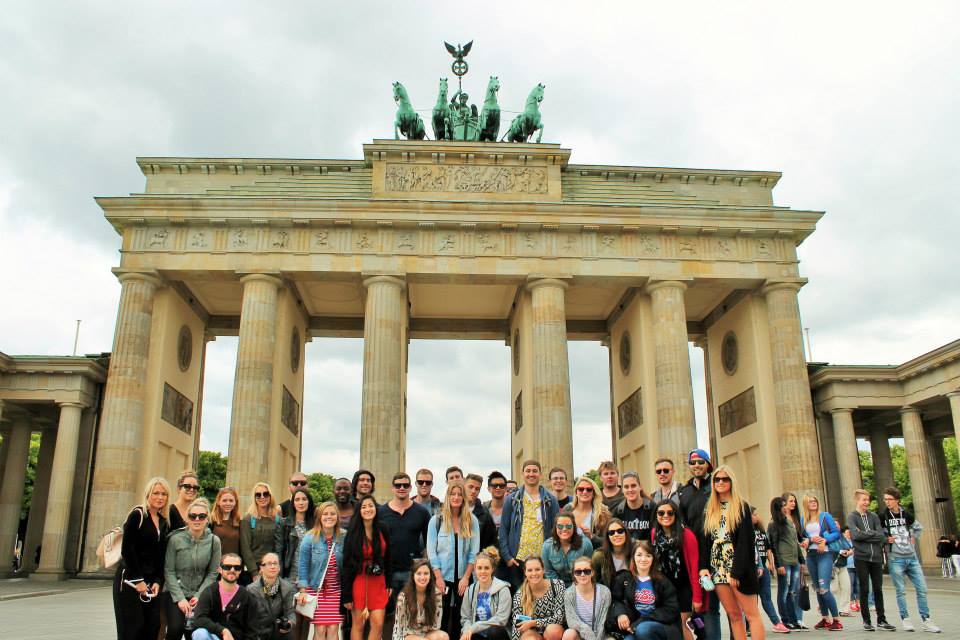 …before taking a quick stop at the Holocaust memorial. 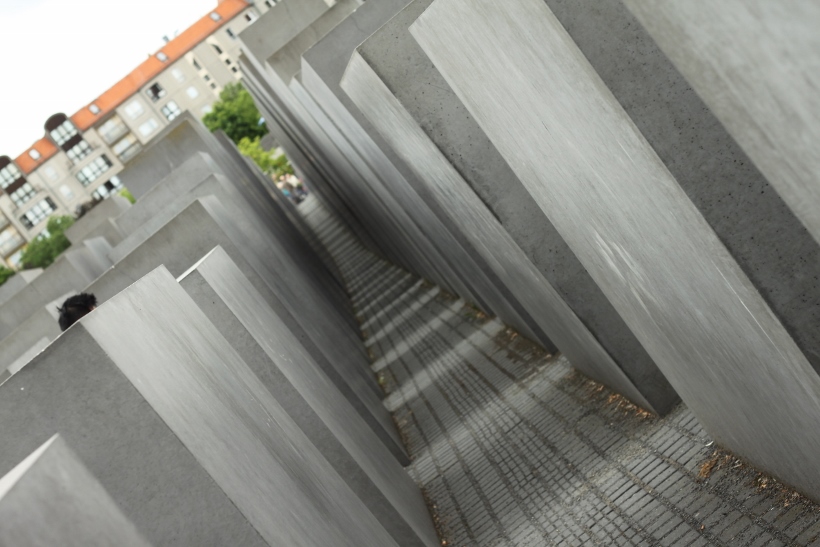 We were then led to a car park. Slightly odd and not so interesting to look at, sure. But then we were told that underneath our feet were the remains of the bunker where Hitler spent his last days and eventually, committed suicide.

I got a little distracted at this point and decided to make some new friends. 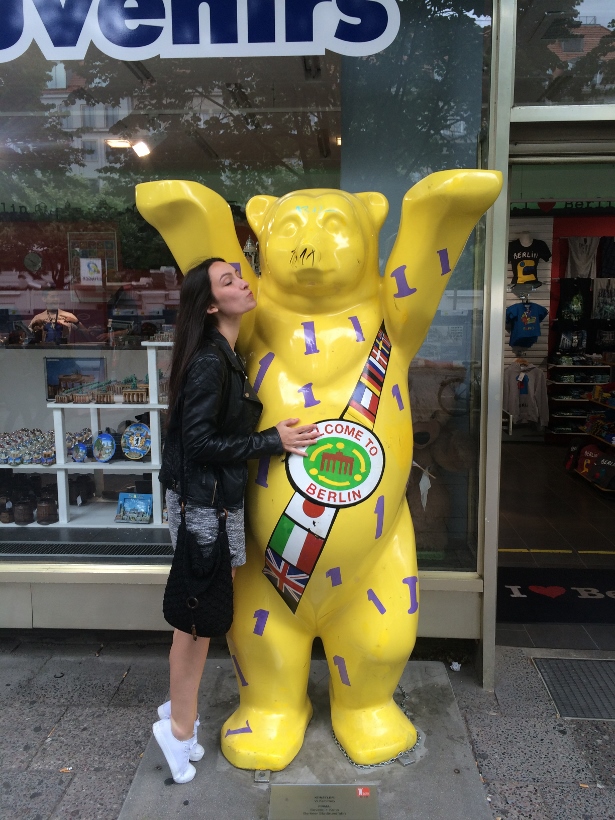 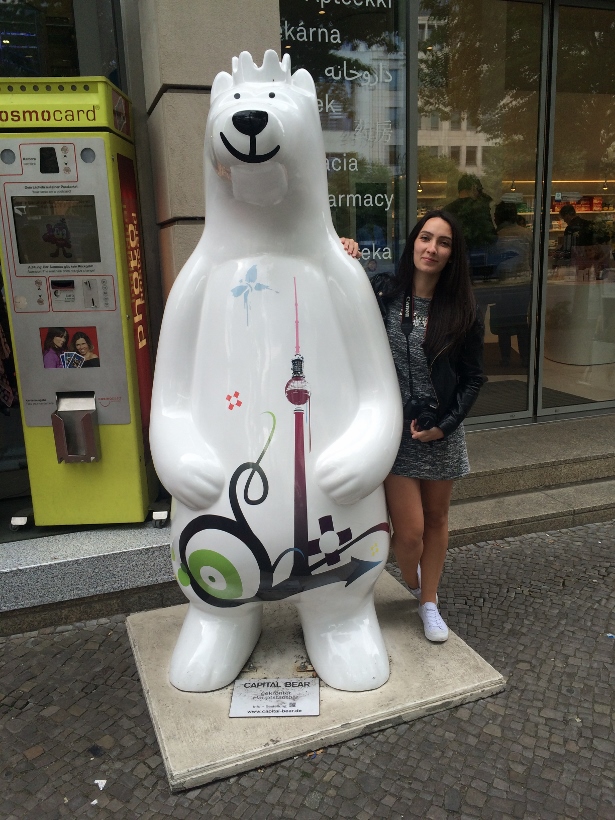 The last leg of our trip was to a portion of the Berlin wall that remains standing today, closer to its original state than the East Side Gallery. 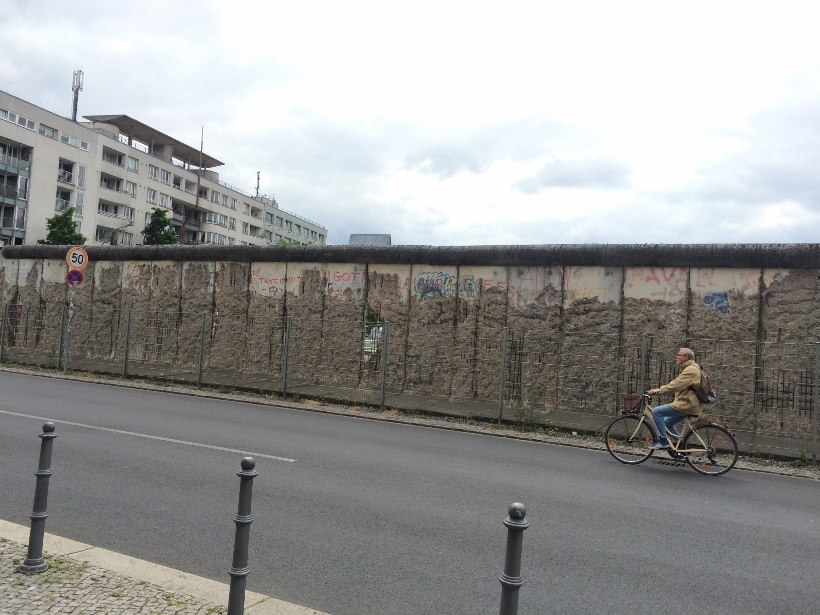 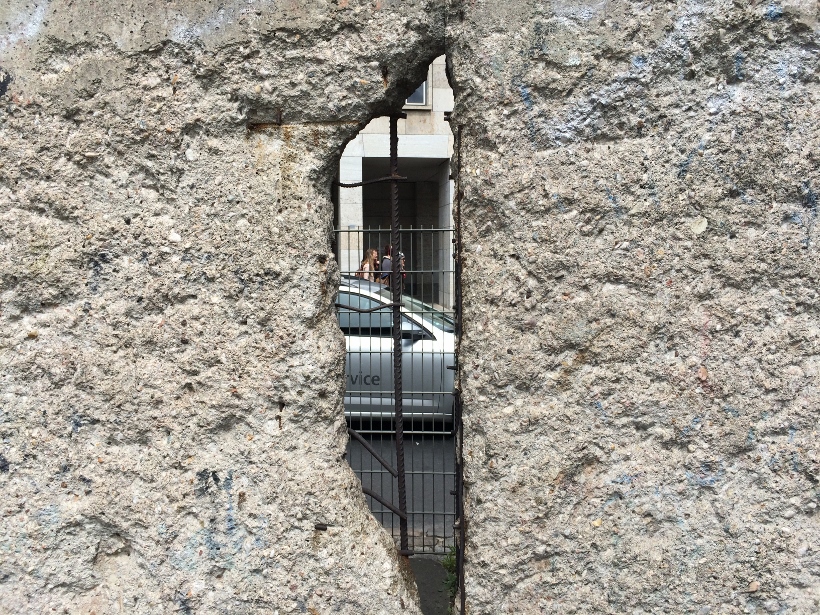 From here, we visited Checkpoint Charlie, the best known crossing point between East and West Berlin during the Cold War. I even had a page stamped in my passport – a great novelty for someone who has only been outside the EU once! 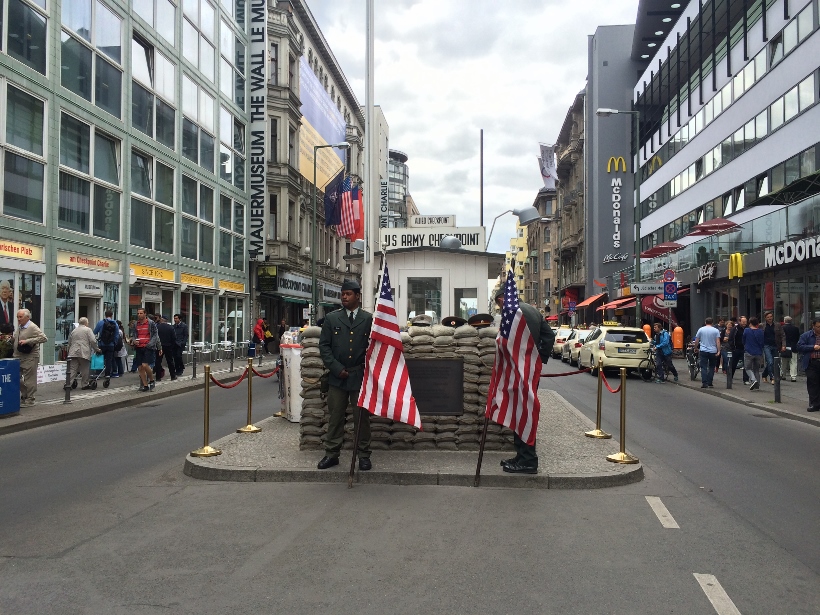 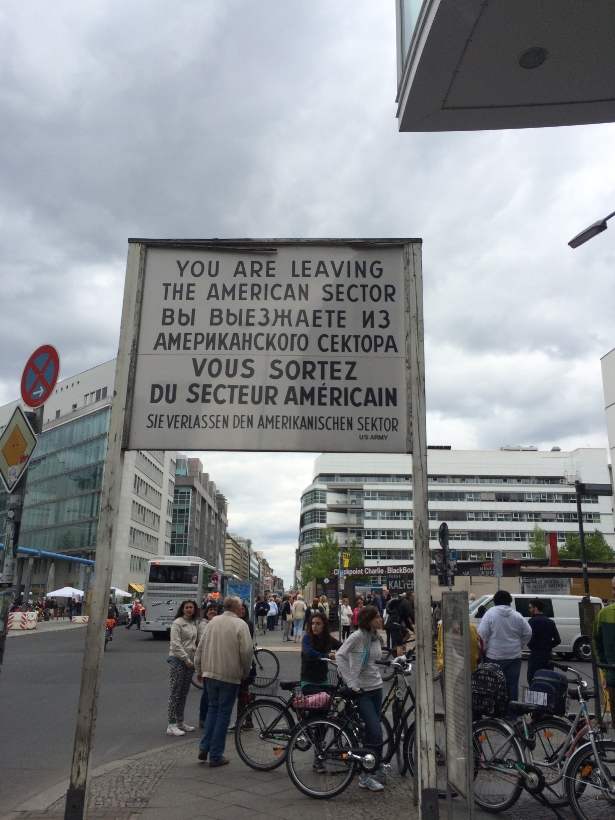 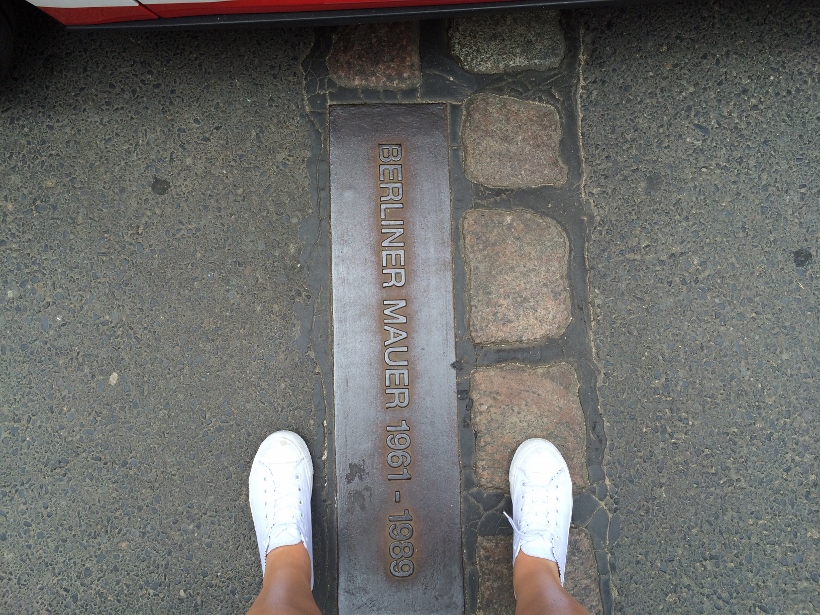 We also checked out the Topography of Terror exhibition before deciding to take a break from history to try our hands at something more fun – chocolate making!
At the Ritter Sport flagship store, you can create your own bar for just under 4 euros and it only takes 35 minutes! 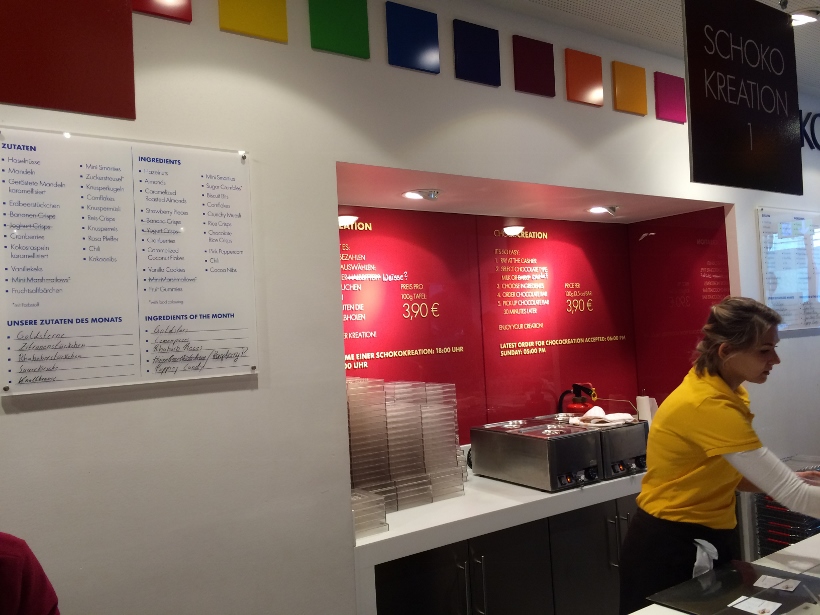 I opted for popping candy and mini smarties, coated in milk chocolate and sprinkled in tiny gold stars. 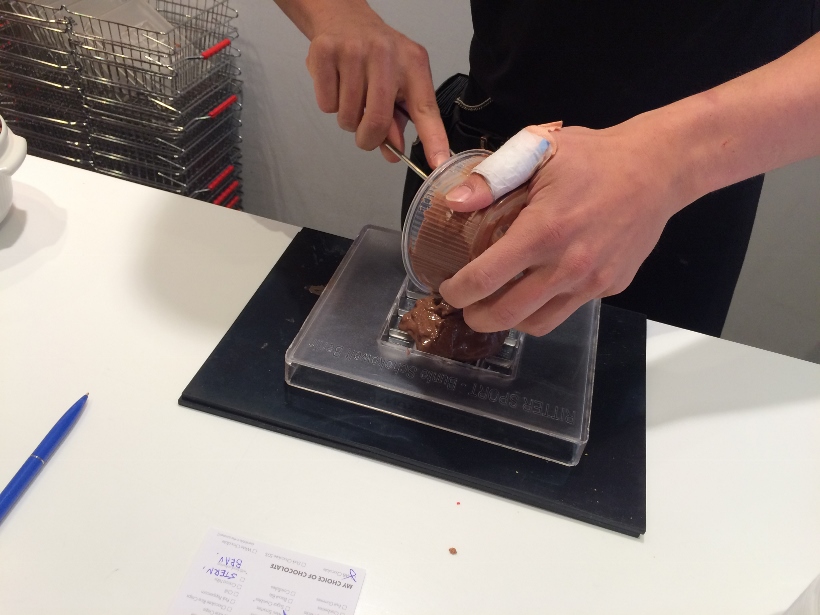 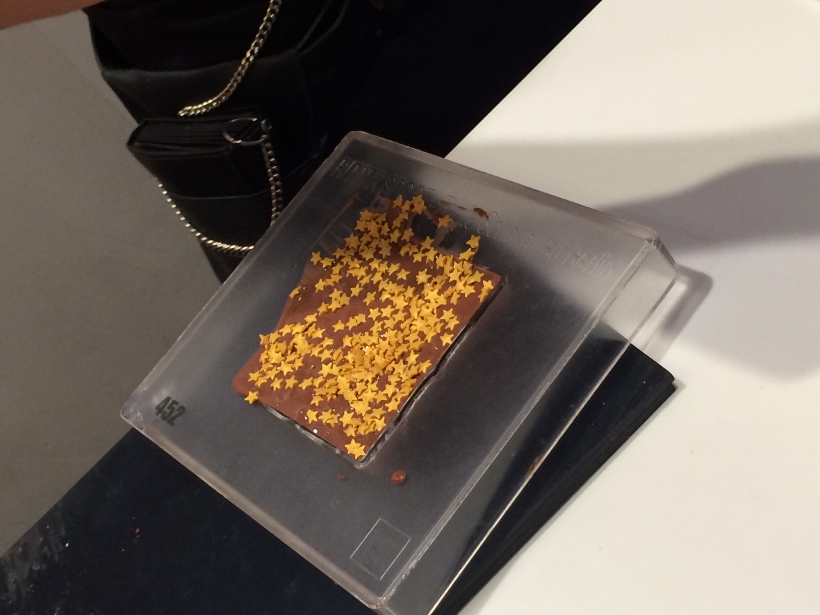 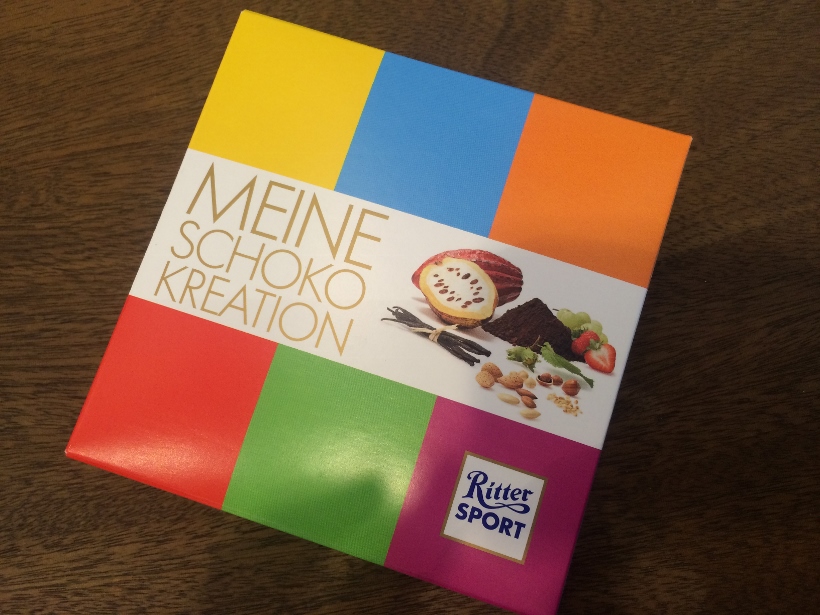 Sweet treats complete, we wandered back towards Berlin Cathedral for a closer look inside. 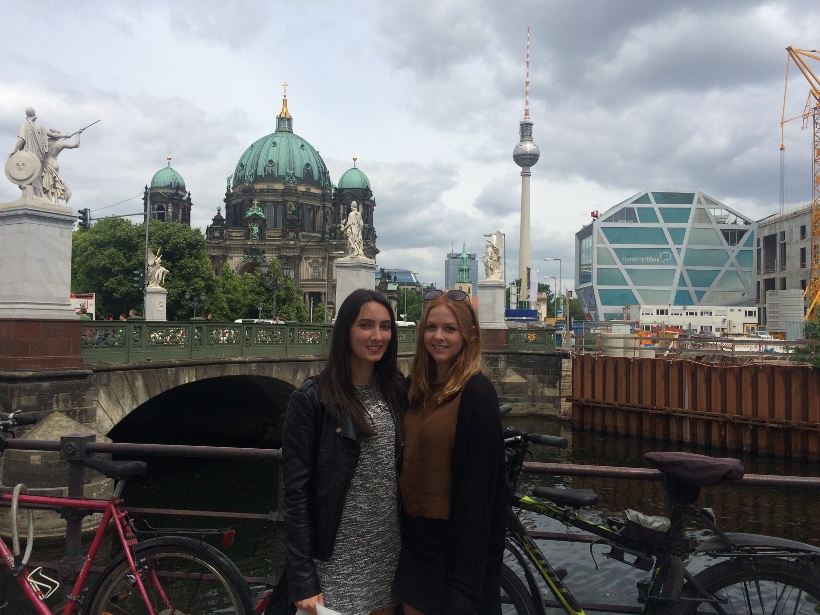 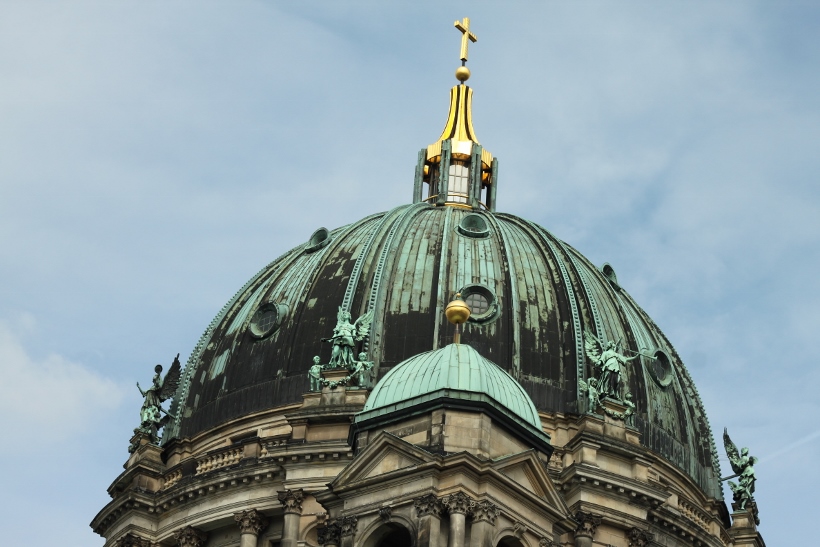 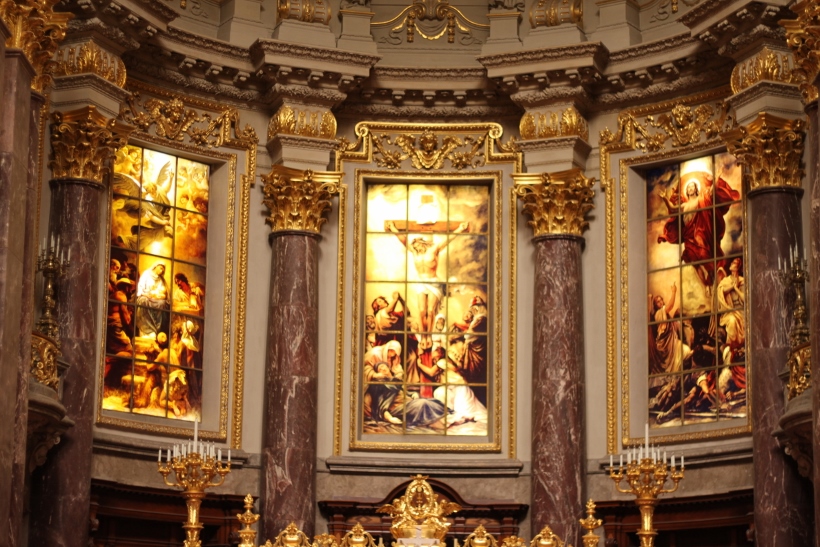 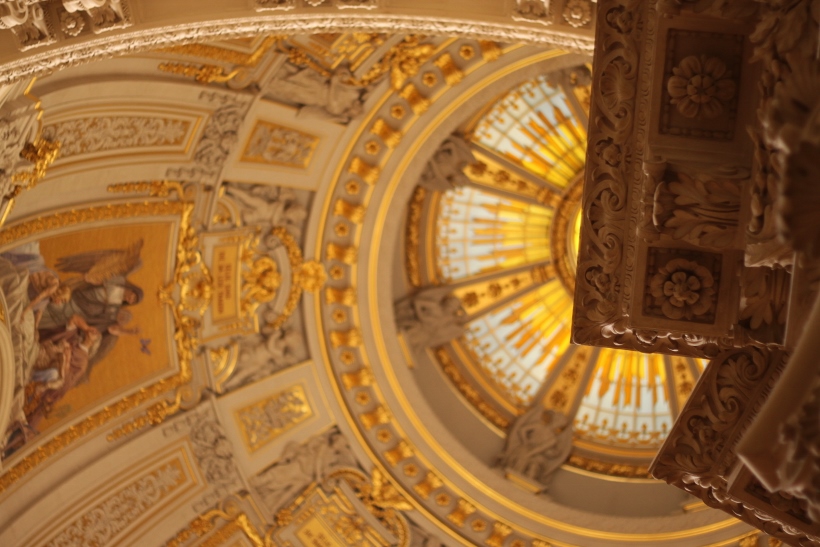 We decided to get up higher for a panoramic view of the city. 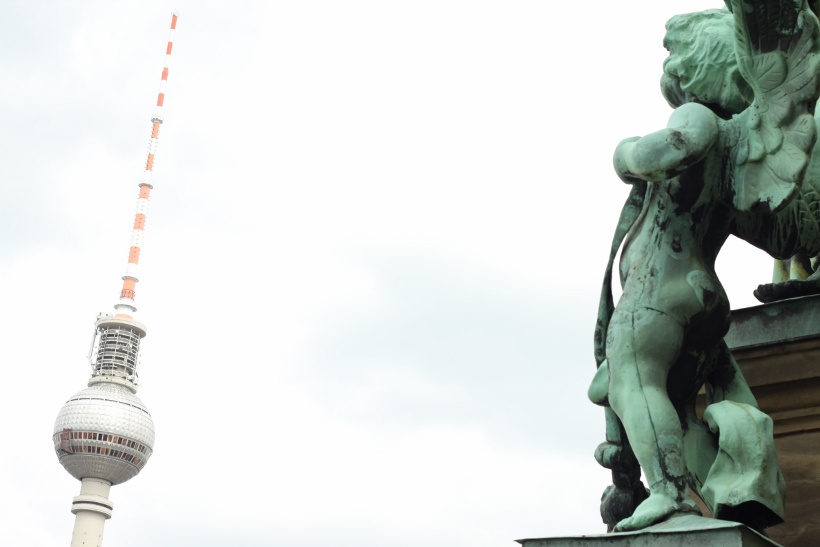 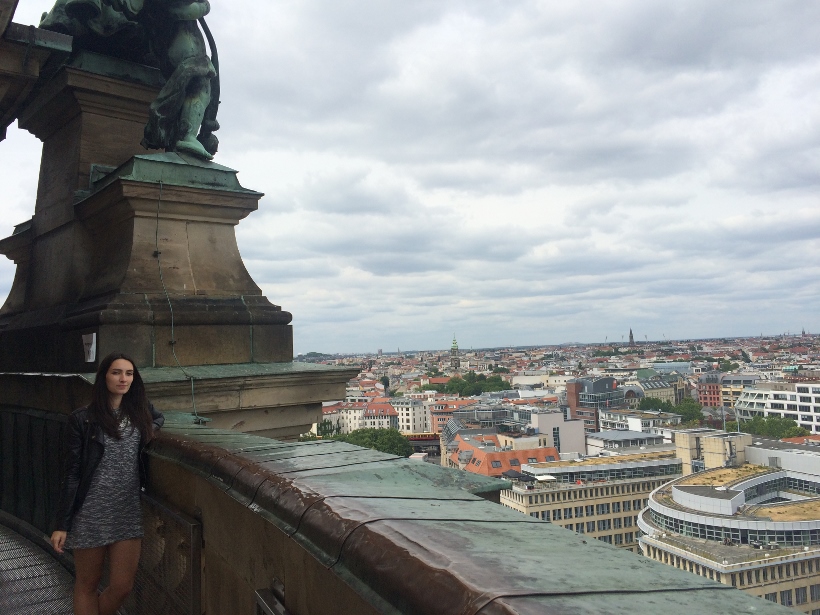 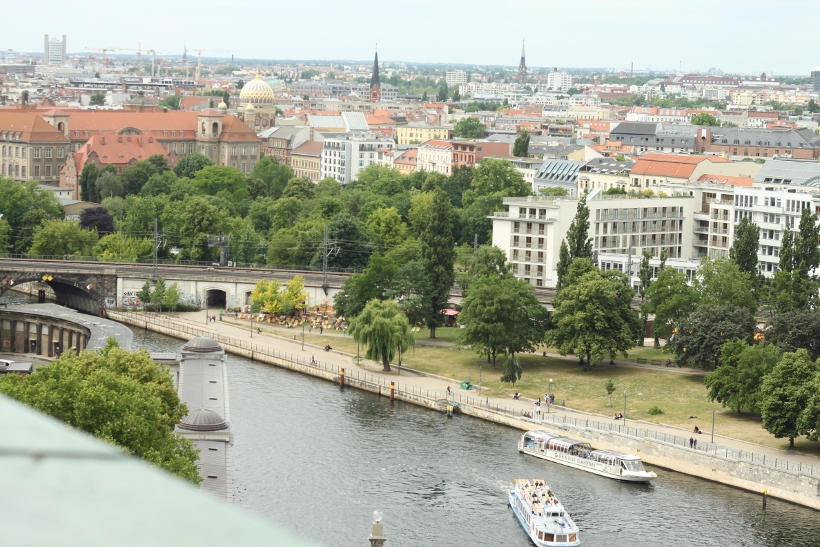 With our allocated sightseeing time in Berlin with Contiki over, it was back to the hostel for a quick outfit change before stopping at the East Side Gallery for a photo opportunity. 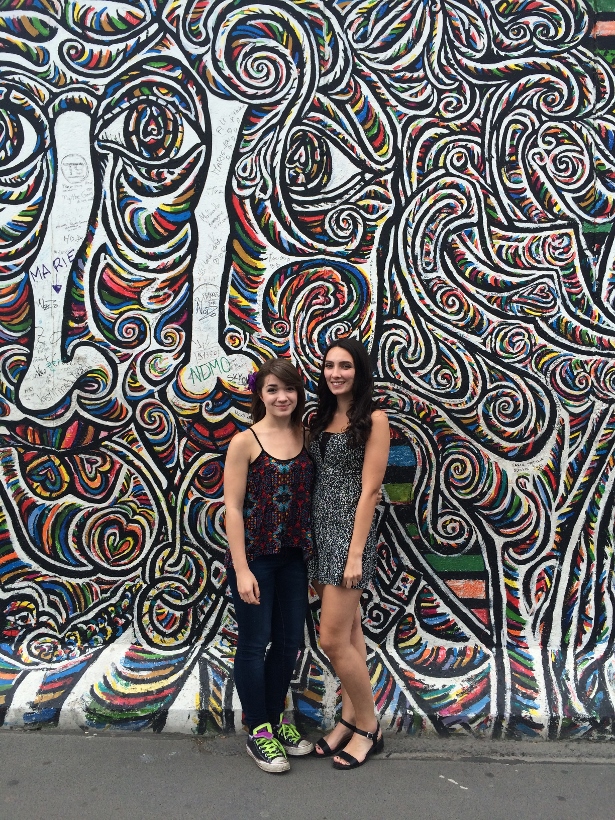 Hackescher Market was our location for dinner where we got started on the cocktails before beginning another of our Contiki optionals – Eye Spy Berlin. 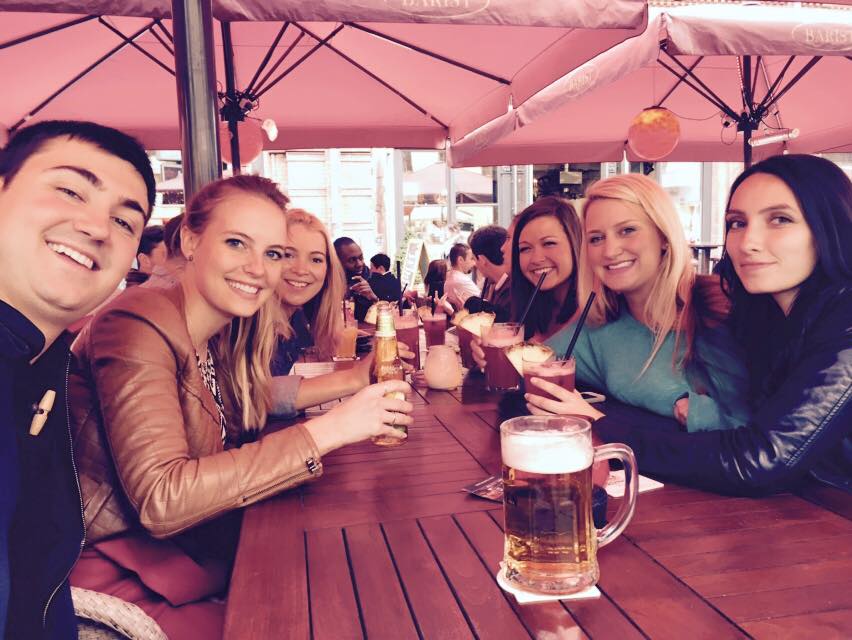 A pub crawl with a twist, we were given a sheet of paper with clues to follow to the next destination. By this point, I was way too far gone to participate followed the dedicated few who managed to figure it out, giggling all the way. By some stroke of a miracle, our team won! I can take zero credit. We were rewarded with pretzels before taking the train to our next destination, Matrix, where we danced the night away. 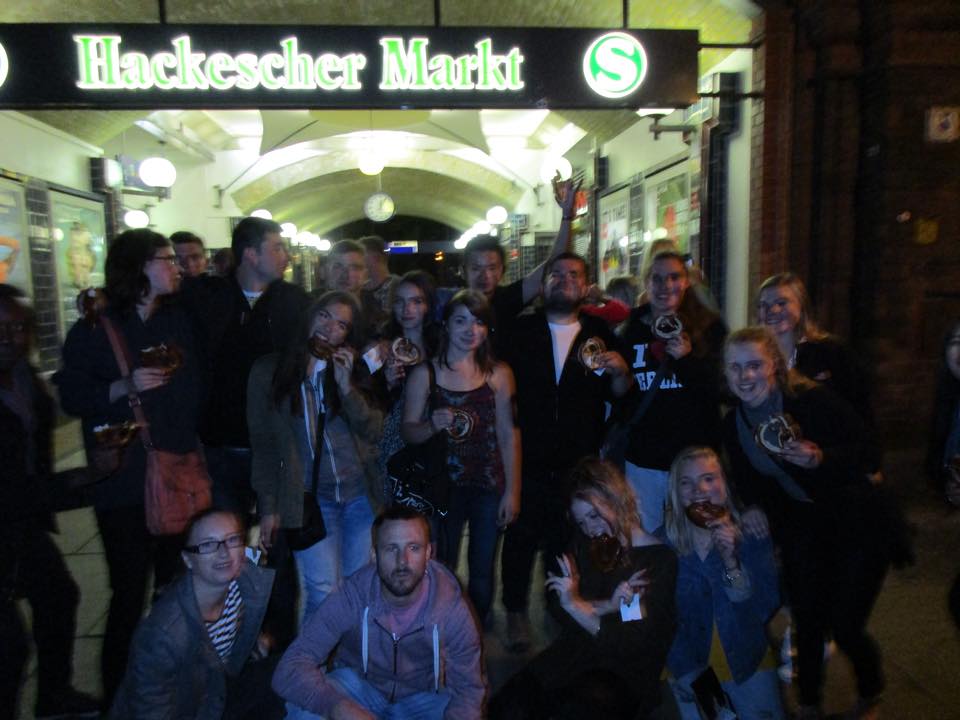 The night ended with a girly chat at 4am while devouring our newly made chocolate. Oops.
Laura x
July 9, 2015
2
Berlin by Night with Contiki Prague via Dresden with Contiki

Lisbon Calling Review: Where to Stay in Lisbon

Five reasons why you should try a group tour