With dinner Bills in Liverpool on the cards, I wanted to plan something else to make my long weekend extra memorable. After scouring online, Facebook offer for 30 James Street popped up: a relatively new hotel based (as you may guess) on James Street in Liverpool city centre, it’s a mere five minutes away from Liverpool One and the Albert Dock. 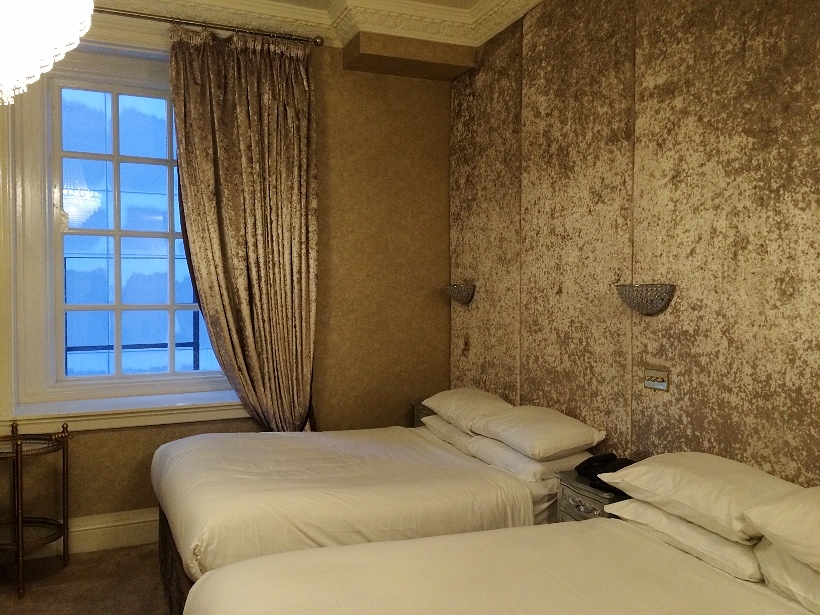 Its main selling point is that the Grade II listed building was actually home to White Star Line and therefore, Titanic’s port of registry was actually in this building. If you’ve seen the film ‘Titanic’ or photos of the real ship, you may remember seeing the word ‘Liverpool’ on the stern and this is why! So, with rooms like the ‘Heart of the Ocean Suite’ and the restaurant being named after the ship that rescued the Titanic survivors, this hotel’s theme is pretty special.

With an offer for £60 under my belt, I booked only one day in advance and was given Macy’s Suite, which included a giant whirlpool bath (see below) and beds so comfortable that it was quite a struggle to get up in the morning. Luckily the carpet was just as squishy and luxurious – what a strange thing to comment on, I know! Our room wasn’t ready when we arrived at 3.30 to check in (check-in time is from 3pm) but we were given a free drink voucher each to the gorgeous rooftop bar which definitely did the trick. I had a delicious Tom Collins and lusted over the afternoon tea on a nearby table. 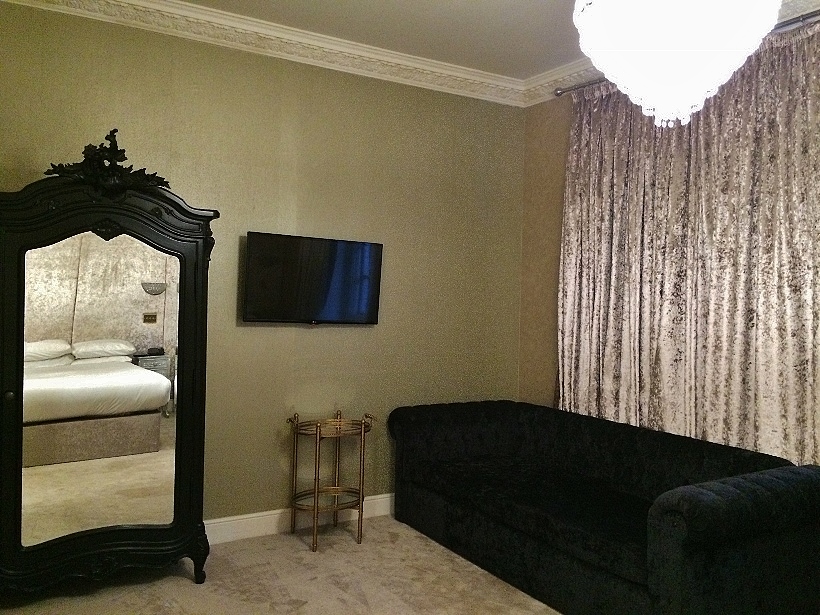 One thing that I wasn’t expecting was that most of the bedrooms actually have multiple beds. The hotel is owned by ‘Signature Living’ who specialise in group / party apartments so even our suite slept five people. The sofa was so huge that I’d even have been happy to sleep on that! The first thing I did though, was put the Radio 1 chart show on the TV (it even has the Netflix app installed) and run myself a deep bath. 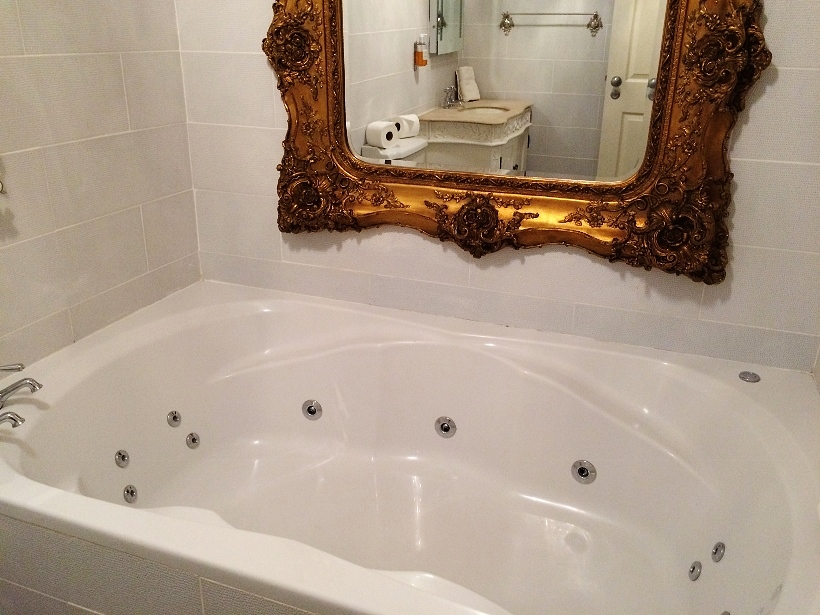 Only two things disappointed me about the hotel. Firstly, that the spa isn’t open yet (although sneak peek pictures on their Facebook page look incredible). Breakfast was included in the room price but even so, it was a bit naff. It had a small selection of hot food, toasters and a few boxes of cereal. Nothing awful but I’d definitely forgo it if I stayed again and head out to somewhere in the city.

Overall, I had a great stay and for £30 each, my boyfriend and I both really liked the hotel. There’s something nice about staying in a boutique compared to chains and I’d definitely go back again with the offer. I believe it’s still on Sunday to Thursday until the end of November so it could be worth taking a look at if you live around the area! Apologies that my photos aren’t brilliant – forgetting my camera was a pain in the arse – but the website has lots if you’d like to take a look in more detail: 30 James Street.

Where is your favourite place to stay in Liverpool?
Laura x
November 8, 2014
2
Review: Dinner at Bills, Liverpool 2015 Goals

Liverpool: Your Guide to a City Break

We use cookies to ensure that we give you the best experience on our website. If you continue to use this site we will assume that you are happy with it.Ok