7.45 am and we were back on the coach to drive back into Germany for an overnight in Munich with Contiki. However, we had a special stop along the way: so many of us had enjoyed Berlin that our trip manager and driver had decided to show us Dachau concentration camp on the way. 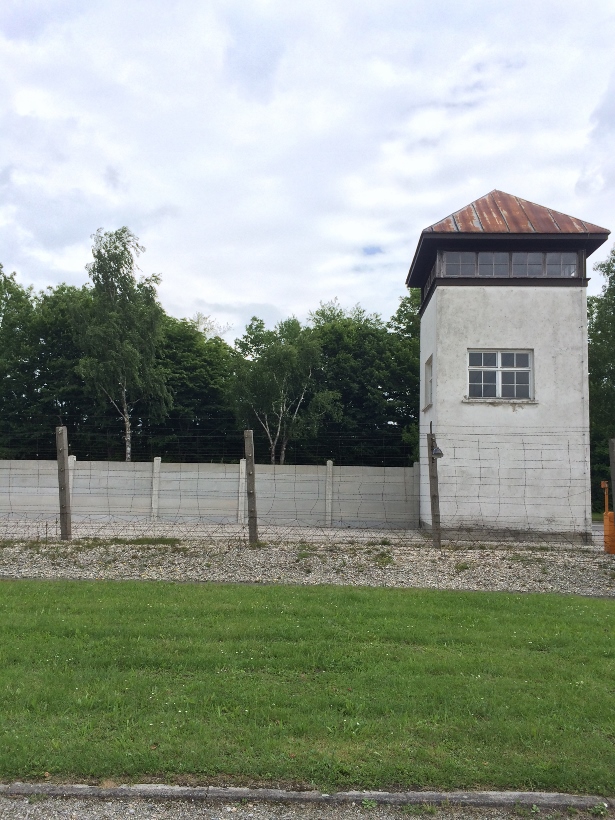 I’ve visited Auschwitz twice before and found it to be an amazing, if a little traumatic, experience. Dachau was the first concentration camp that was initially set up as a working camp and training centre for the SS before being used to kill thousands of people. A great deal of it is now set up as a museum but you can visit the original gas chambers, crematoriums and replicas of what the bunkers would have looked like. 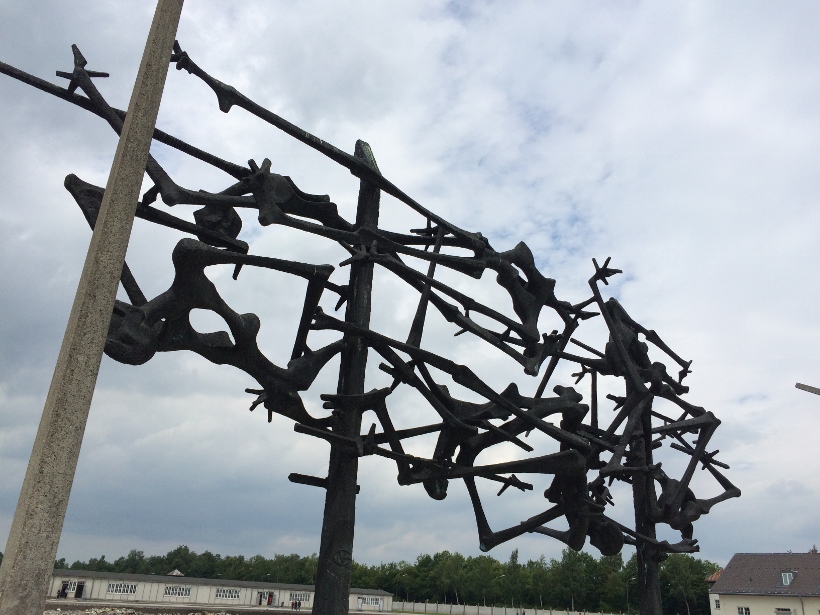 The remaining bus journey to our hostel in Munich was pretty quiet. 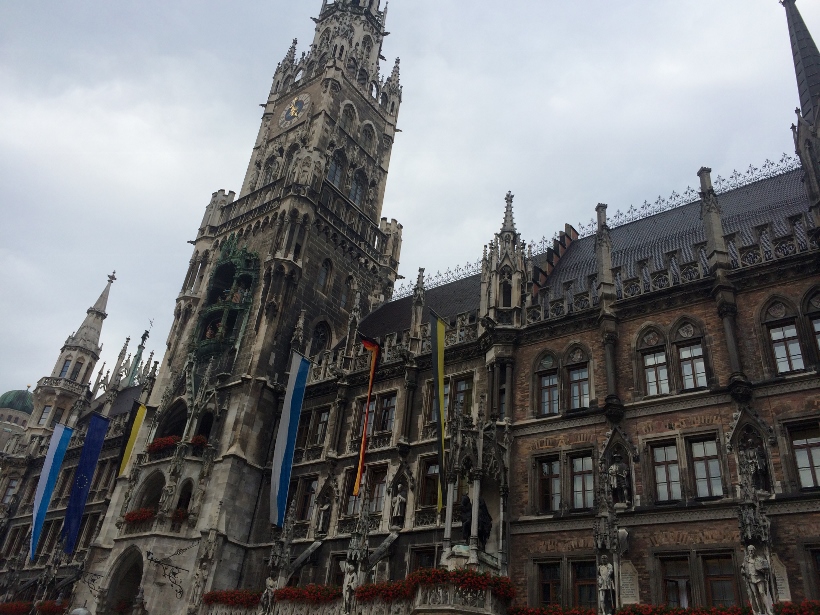 We arrived at Marienplatz in the city centre at 5pm, just in time to see the Rathaus-Glockenspiel chime. Underwhelming to say the least. While most of the group went off on a bike tour of the city, I joined the two other Brits on the tour for a spot of shopping and dinner. I wonder what that says about the English and exercise?! 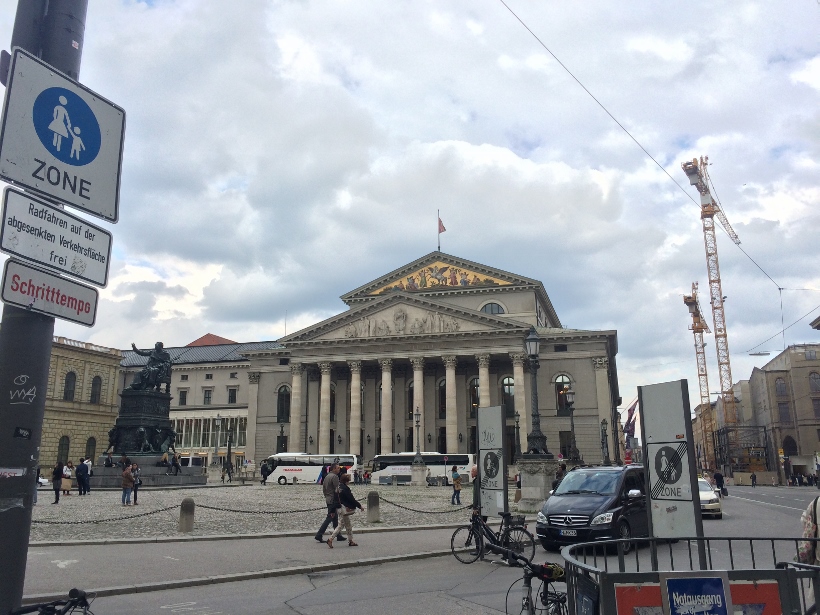 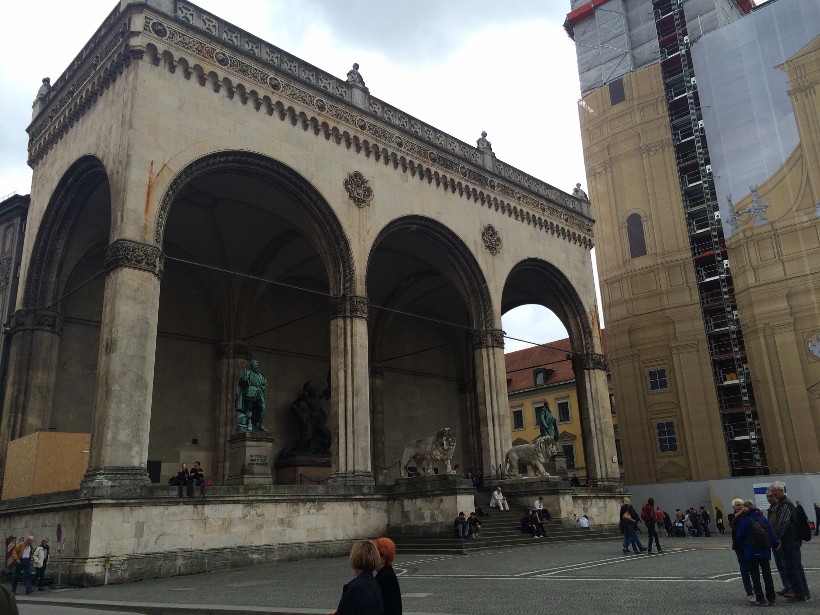 After getting completely and utterly lost, we eventually navigated our way back to our meeting point where we indulged in a spot of dinner before making our way into the Hofbräuhaus for steins and pretzels. 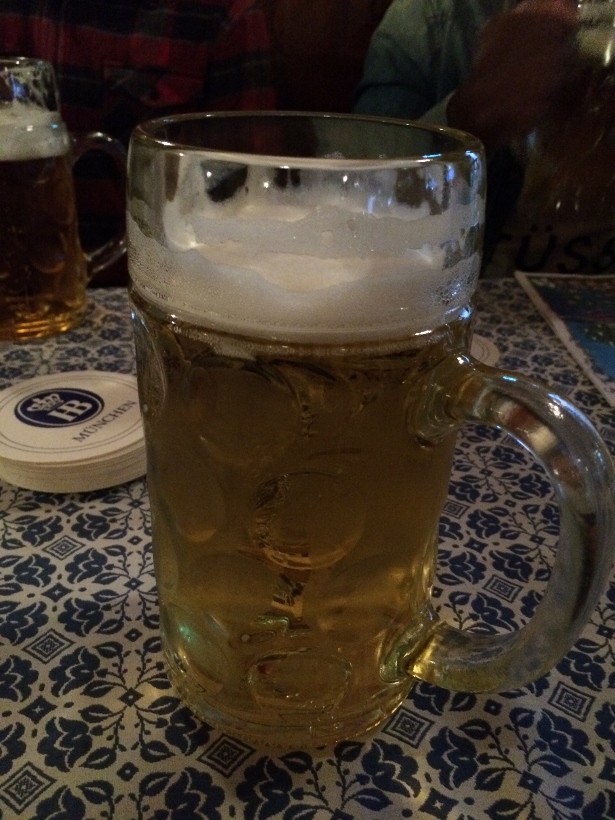 Unable to face drinking a litre of beer, I opted for the wimpy option of a shandy. And let me tell you, I was really working my weak arm muscles to lift it up for this next photo! 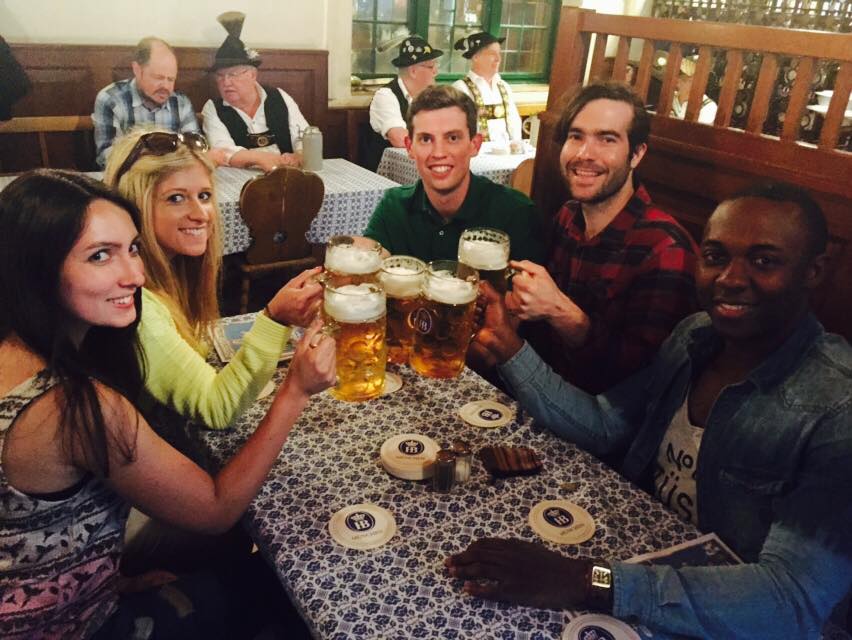 Then it was back on the coach for a quick drink in the hostel bar before we all ventured out to find a club. One of my cutest memories from that night is Jack, Julia and I getting a little emotional about how it was only a week ago that we first met. Before this trip, I never would have imagined that you could bond with people so quickly but I truly count them among my closest friends.

Slushy bit over, we ended up in a crazy busy club called 089. Friday nights in Munich are insane. We tried to stick together in our big group but after a couple of hours, getting pushed around was getting exhausting so the three of us took a taxi back to the hostel with one thing on our mind. 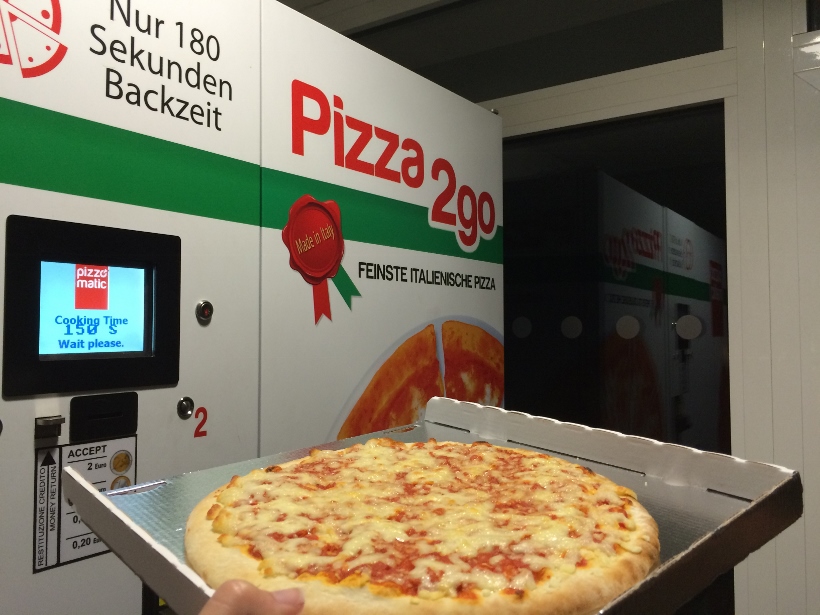 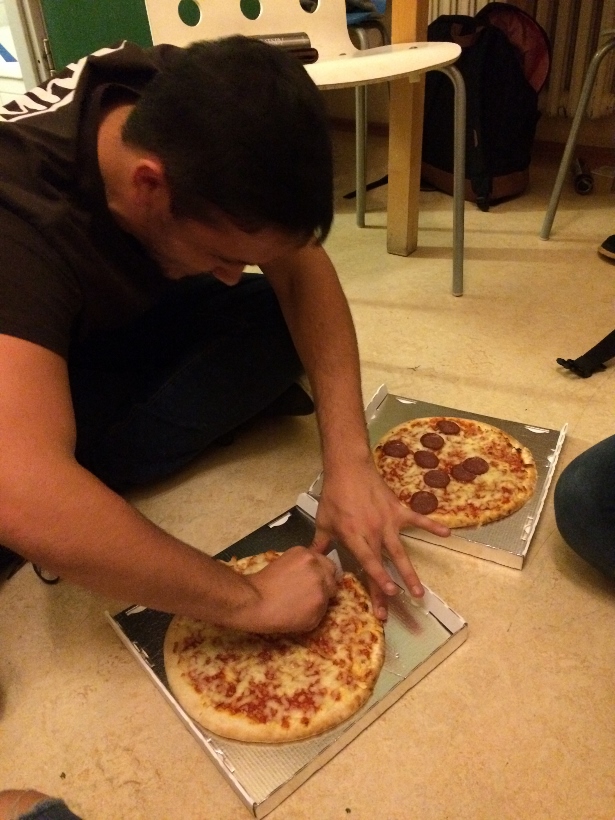 Using an Oyster card to cut through it felt like our only option at the time but it did the job nicely and full of food, we went off to sleep feeling pretty happy with life.

London in the Sun