Surprisingly, my adventure began without a single flutter of nerves as we boarded the coach that would basically be our home for the following eighteen days. We rolled out of London at 6.45am to catch our ferry to Dover, the beginning of one of our longest travel days on the trip. The ferry ride was spent getting to know as many people as possible in between dozing off at the breakfast table. 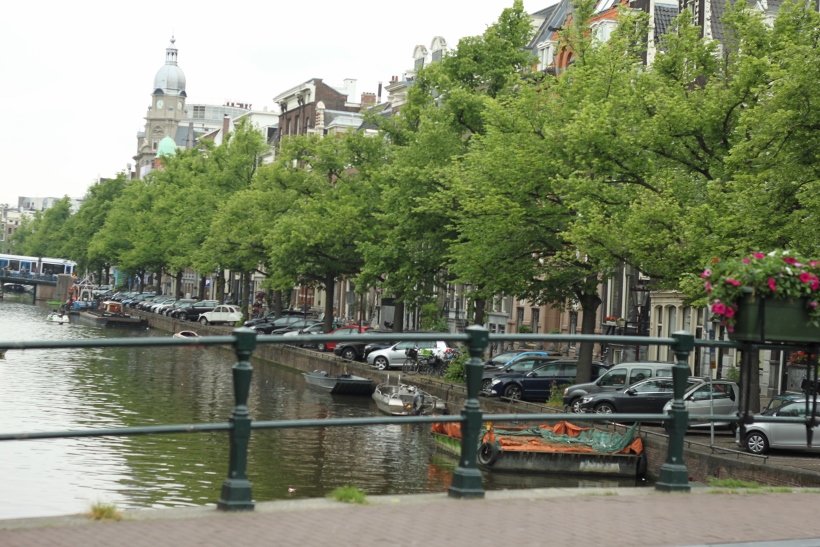 The drive to Amsterdam with Contiki took until 6.30pm, the whole time being a blur of introductions, music and napping. After dinner at our hostel, our first group bonding activity was a sex show. Yup. Not an experience I’d repeat but giggling at watching members of our group eating a banana from a woman’s nether regions and undressing a male stripper was a surefire way to break the ice! Strangely, I remember my nights in Amsterdam being the most tame of the trip – in spite of its reputation – so maybe I was still feeling a little shy about getting to know everyone. 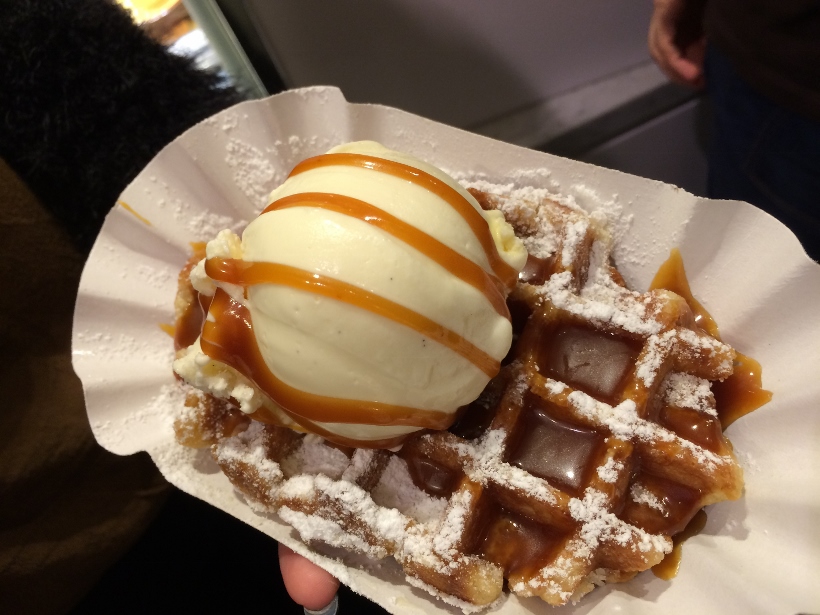 One thing I do remember about this first night is the waffles. After a couple of drinks in a bar, a group of us went outside in search of something new and stumbled across these things of beauty. 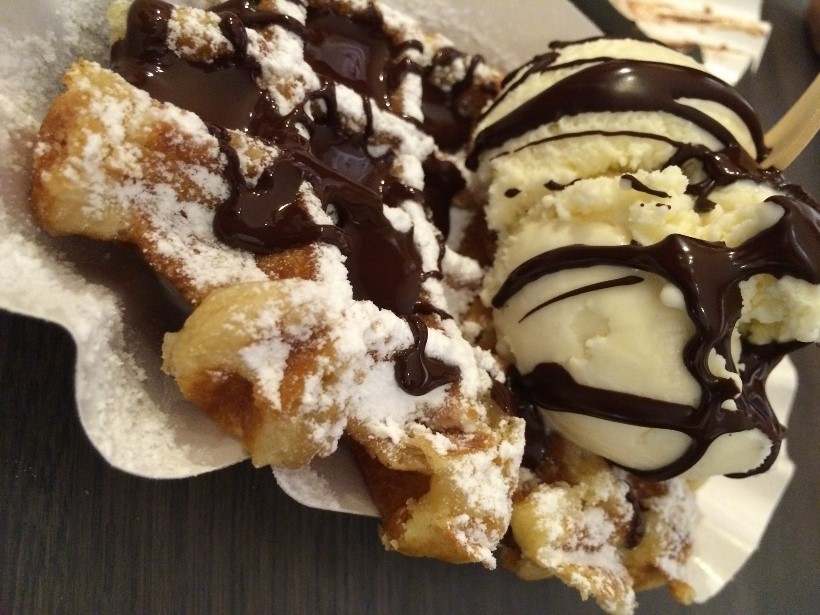 We were back on the bus bright and early the next morning to visit the town of Edam. Yep, like the cheese! 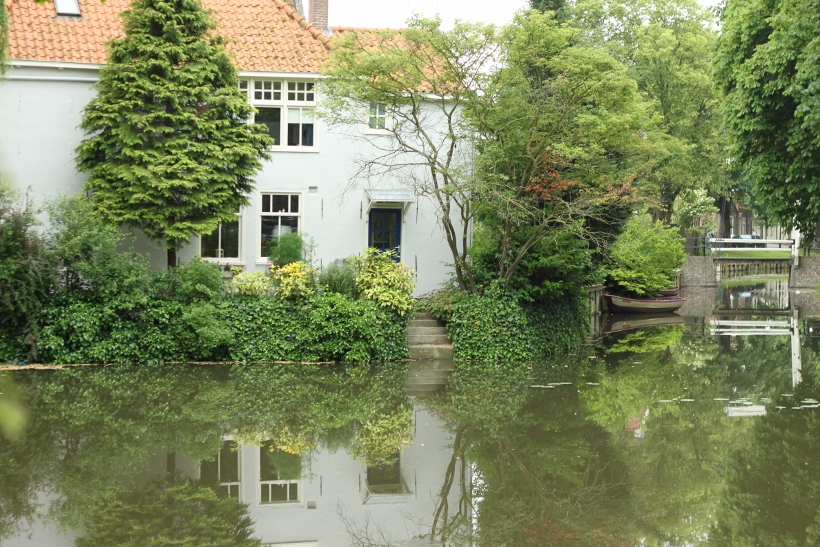 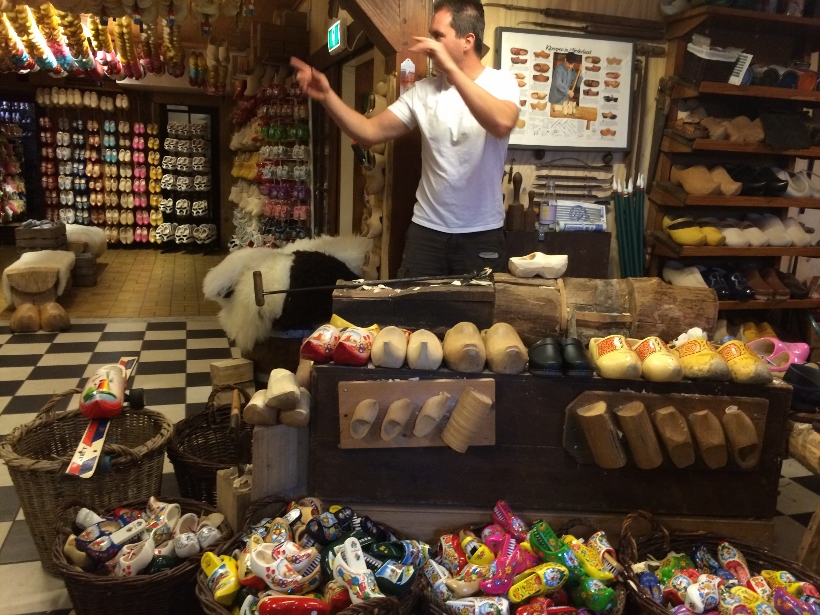 After a cheese and clog making demonstration, we hopped on bikes and went for a ride around the incredibly peaceful village. 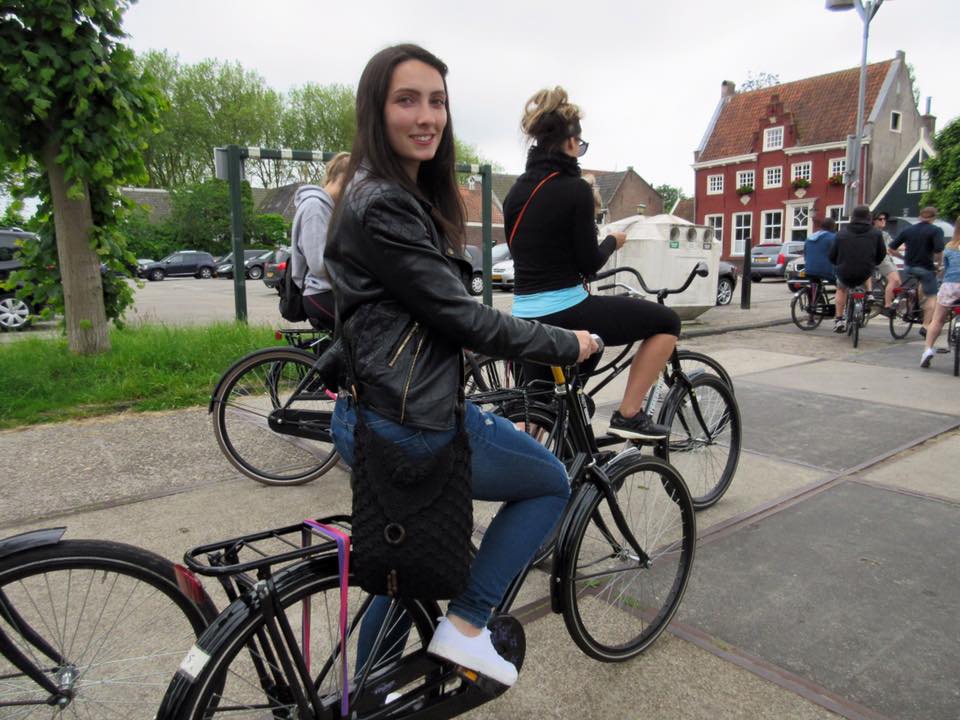 This went more successfully for everybody else than it did for me and the saying “it’s like riding a bike, you never forget” was seriously put to the test. Thankfully, I made it through with no falls, just a couple of scrapes, before we stopped to pose for our first group photo! 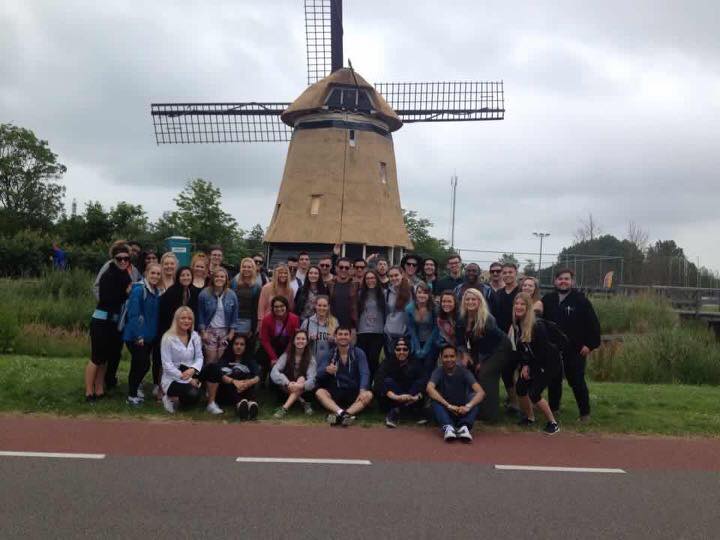 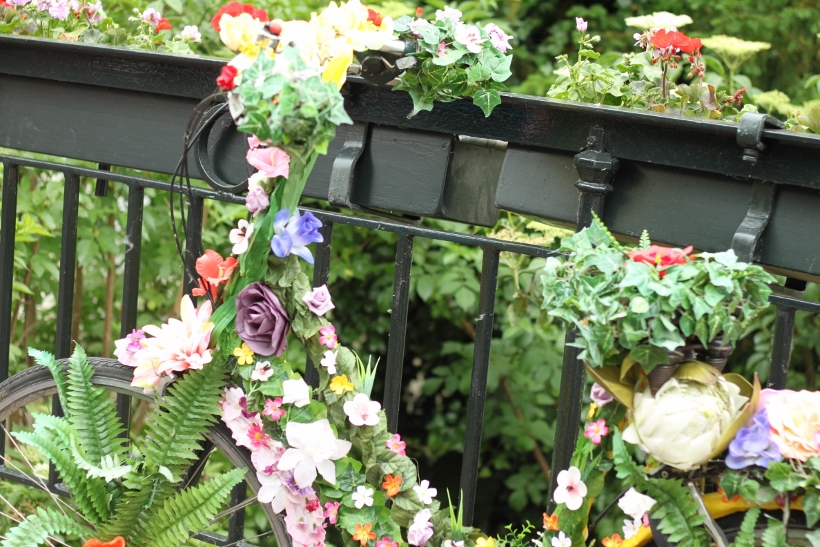 Soon, we were back in the city centre with a pit stop in front of the famous I Amsterdam sign. 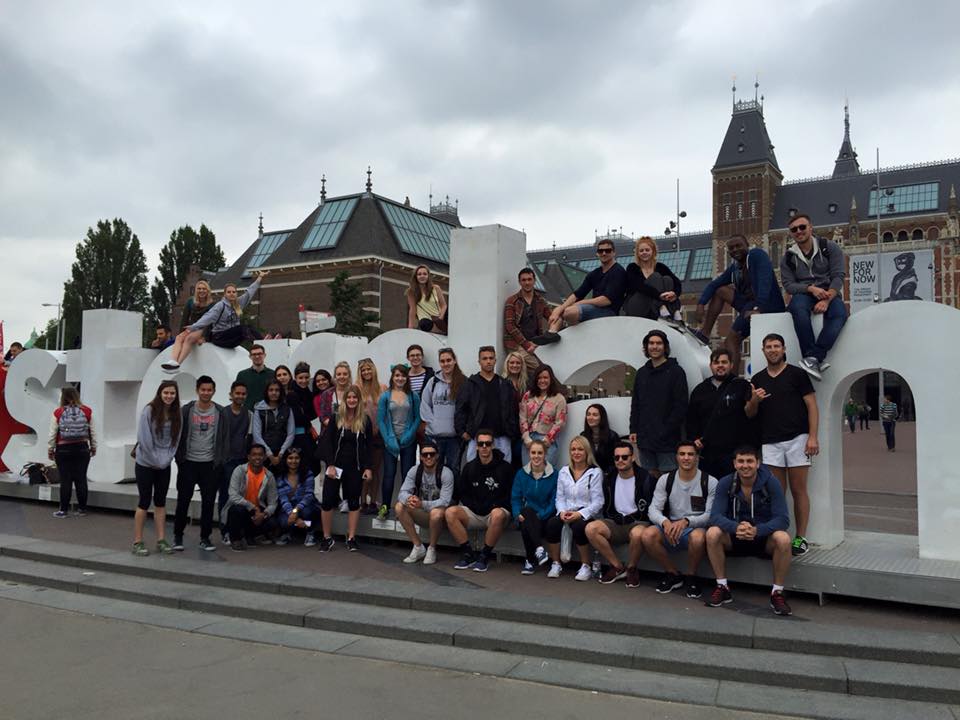 From there, we split off and Ellie, Therese and I wandered through the streets in search of food before making our way to the Ann Frank Haus. Although we had been warned that the line would be hours long, we only waited 45 minutes before entering. It was pretty amazing to go inside and see where the family lived for years and the diaries themselves. 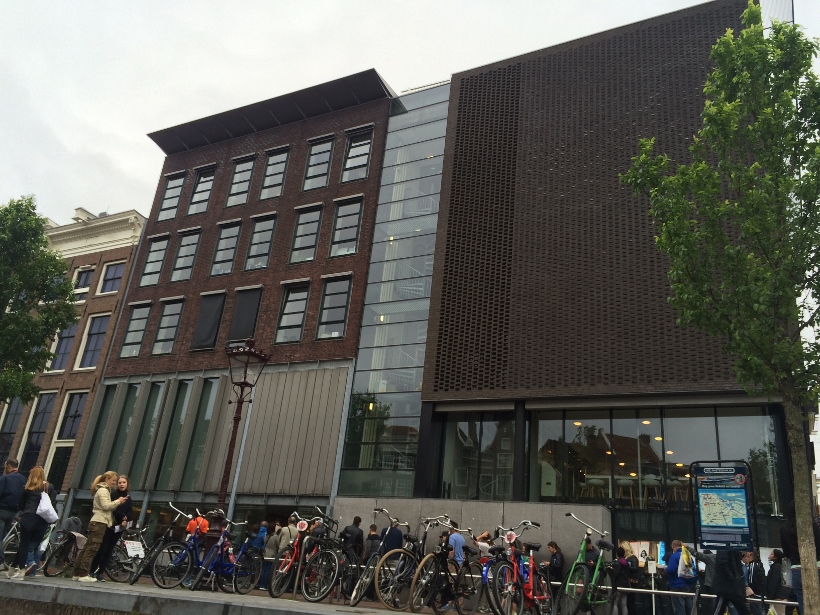 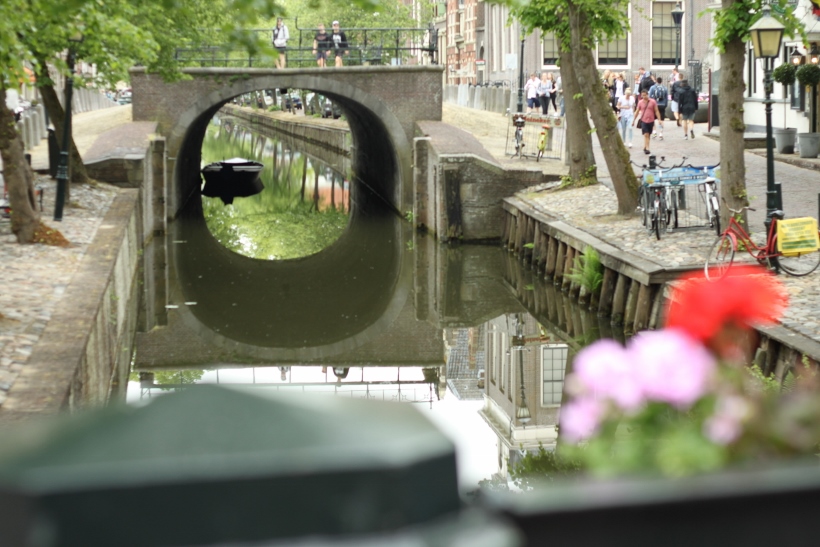 Before dinner, we squeezed in a scenic river cruise. This was one of the first optional extras that Contiki provided and it was well worth the money. Large glasses of wine did the trick in getting us a little merry and we took lots of photos in between lots of laughter and gazing at our beautiful surroundings. 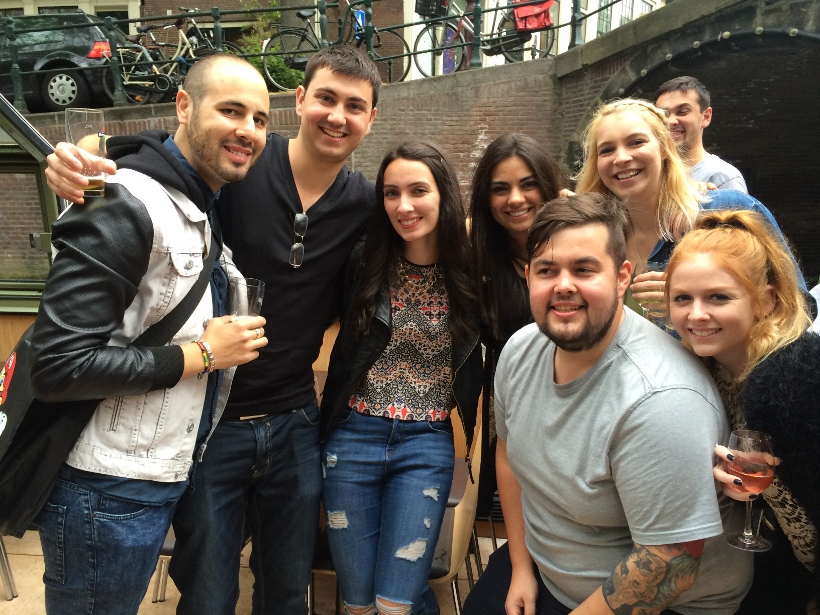 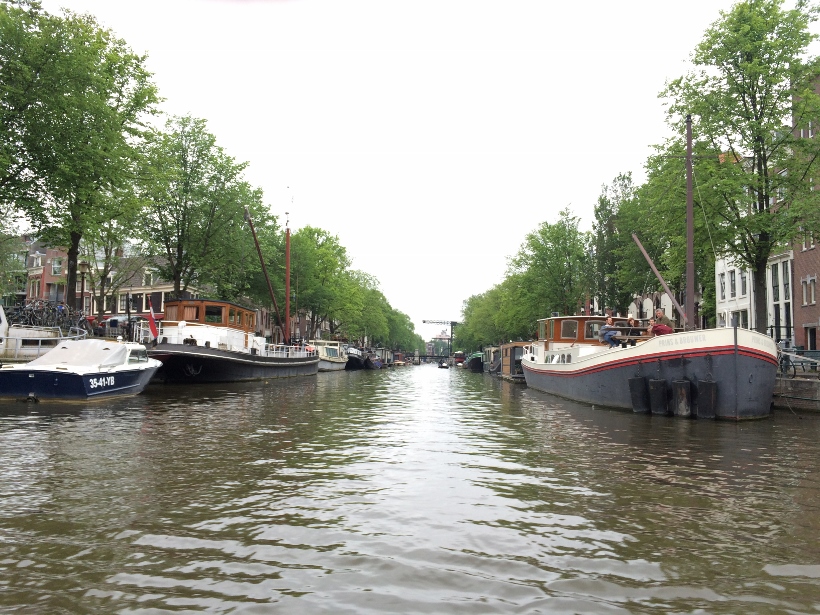 For dinner, the group went to the little fishing village of Voldendam for dinner – a gorgeous steak in mushroom sauce and yet more wine. 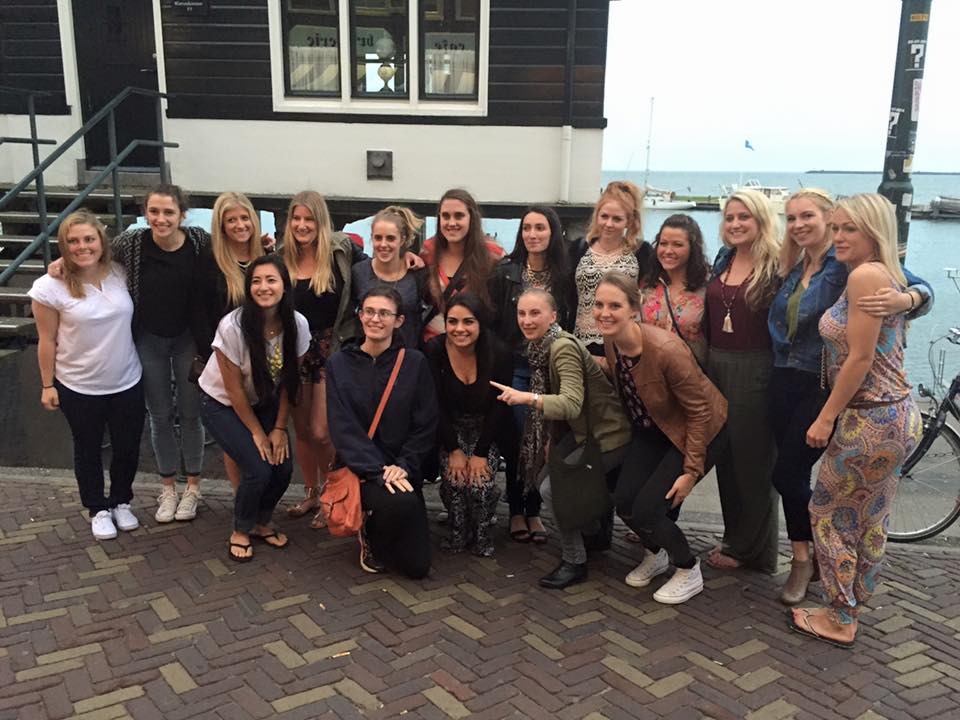 Unfortunately, my memory goes completely hazy after leaving the village but I’ve been told the bar crawl we went on involved flaming shots! After lots of dancing (apparently), a few of us took a taxi back to the hostel where we sat out on the roof balcony with snacks and blankets. Chatting, laughing and relaxing, our evening was sadly cut short when we were shouted at by a German couple to move away from their window…but Amsterdam with Contiki, you were awesome! Next stop – Berlin!